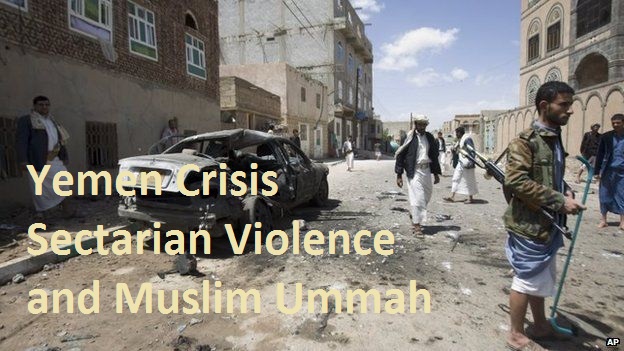 The impoverish country Yemen, has been going through a lot of trauma lately since the Houthi rebels in the country attacked and captured the presidential palace of Mr. Hadi in Aden and he had to resign from his post in early January this year leading to the overtake of government of Yemen by the Shi’te Houthi rebels. Iran is accused of supporting and backing these Houthi rebels and hence it is believed that Iran wants to increase its influence in the Arab states. The oldest regional rival of Iran, the kingdom of Saudi Arabia, has its reservations regarding the rapid progress of Houthis in Southern part of Yemen.

The kingdom of Saudi Arabia believes that the Holy places are at risk due to the insurgency and civil war going on in Yemen and they fear that if Houthis overtake the government in Yemen entirely then Iran will be at an edge and this will lead to the Shi’ite Islam prevailing throughout the Arabian Peninsula. To curtail the affect and obstruction in regional security of the Kingdom that the Yemen crisis would cause, Saudi Arab along with its Gulf allies has declared a war against the Houthi rebels in Yemen and its aim is to restore the government of President Abd Rabbuh Mansur Hadi so that peace is back in the region.

Pakistan being an Islamic State has to play its role in such manner that does not hider its national security and is in its best interest. Pakistan has been dependent on Saudi Arabia for its oil necessity and the present government is also believed to have friendly relations with the Kingdom, Therefore the government of Nawaz Shareef is supposed to be tilted towards its Saudi brethren and is supporting the Saudi- led coalition war against Houthi rebels, whereas Iran has called for dialogue and diplomacy regarding the crisis and Pakistan joining the war against Houthi rebels may cause grievance to Pakistan’s neighbor Iran which will have its own after effects. Thus, Iran and Saudi-Arab are fighting their proxy war keeping the state of Yemen at stake and joining hands with Saudi Arab or Iran will have its consequences, favorable or not, for Pakistan as it was seen during the Afghan war too.

Hence it is advised that Pakistan should play the role of negotiator and play wise during the conflict that has taken place; it should not support the kingdom or provide it with economic, military or emotional support against the state of Yemen. We have seen that imposing and interpreting Islam according to one’s own understanding and imposing their favored brand of Islam on others have led to the destruction of Muslim states in past with examples of Iran, Syria, Afghanistan and others. Therefore, it is imperative that we do not favor one Islamic state over other and when the Muslim states are going through difficult times, we should preach as well as practice to have patience and tolerance towards other sects of Islam otherwise Muslim states won’t be able to save themselves from the demolition that they themselves are causing in the world.