Why Hasn’t Apple Adopted The Fast Charge Technology Yet? 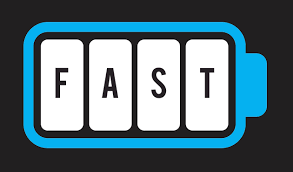 Apple is a very innovative company and it has brought many revolutionary changes. Two examples are capacitive touch screen and built-in WiFi module. Now fast charge technology is almost a recognized innovation and has spread to the thousand machine market, but today, Apple still has not introduced fast charge technology for iPhone. What is the reason why Apple has always been so indifferent to this technology?

Also Read: Is This What iPhone 8 Will Look Like?

Since the iPhone 5, Apple had 30Pin Dock interface switch to 8Pin lightening interface standard, not only to allow easily plugging but also to reduce the size. It is learned that it is smaller than the original 30Pin interface. This is crucial for the high cost of mobile phone internal space. In addition, the durability is much better. First of all, we start from the lightning interface characteristics. ID0 / ID1: used to identify the positive and negative or accessories category ID identification strobe signal; L0p / L0n / L1p / L1n: signal line for data transmission. In fact, only two of them are for data transmission, the other two are redundant design, can be seen as a spare pin. Different combinations of ID0 and ID1 are used to identify different accessory devices to select different data transmission lines. With the market using Type-C interface, fast charge compared to lightning interface size is much smaller. For the pursuit of a slim phone, Apple has been willing to sacrifice fast charging technology. It is not willing to use large-size Type-C interface. In addition, the Lightning interface performance limit is not weak. The data transfer rate over USB Type-C and other public interfaces are much better. Apple Lightning interface only supports IEEE (American Institute of Electrical and Electronics Engineers) standards. The Lightning interface is Apple’s own standard, and Apple can use it without paying high royalties. In addition, Apple can also be authorized by MFI to manufacture more parts which can bring in profit for Apple. The Lightning interface after years of technology accumulation, application promotion, developed a large number of feature-rich application. Apple naturally will not give up the Lightning interface.

In the case of Android, the use of four or five thousand milliamperes battery capacity can give you fast charge. Apple, in order to maintain a thin body, wants to use small capacity batteries. The latest iPhone 7 battery capacity, is still less than two thousand milliamperes. In fact, the iPad standard charging head specification is 5V / 2.1A, which uses the same Lightning interface.  The Lightning interface supports the 10W power fast charge. But we all know that the higher the output power of the charger, the more expensive, so the iPad charger will be so much more expensive than the iPhone charger. Maybe Apple wants to save money by not giving iPhone the fast charge option. For safety reasons, you should only use an iPhone charger to charge an iPhone.