Why WhatsApp Plus Was Blocked by WhatsApp?

Home » Blog » Why WhatsApp Plus Was Blocked by WhatsApp? 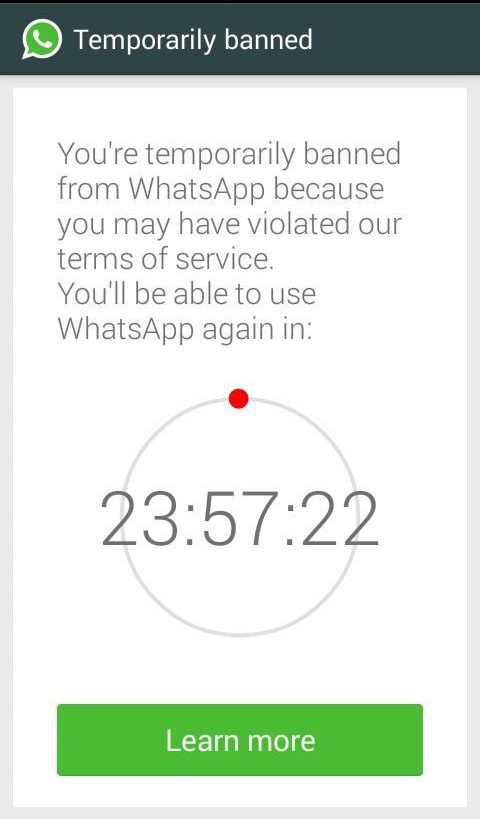 “You’re temporarily banned from WhatsApp because you may have violated our terms of service. You’ll be able to use WhatsApp again in:”

This Text was displayed on 20th Jan 2015, to all WhatsApp users who were using their WhatsApp account through a third party application “Whatsapp Plus”. This Text was not only displayed but popups after every few minutes reminding the user that their privacy may be at risk and they should official WhatsApp software available in official stores like Play store etc instead of WhatsApp Plus.

Furthermore, WhatsApp Plus requested its users to give negative rating and feedback on original version of WhatsApp on Play Store and App Store.

Let’s look at few facts before going any further

4) Every day, more than about a million people install WhatsApp and chat with their friends, and they remain more engaged with WhatsApp service than on any other service.Number of active users on daily basis are 72% compared with other platforms where this is about 20% or 5%.

5) Number of active users on daily basis are 72% compared with other platforms where this is about 20% or 5%.

Why Blocking WhatsApp Plus users

As you can see the facts, Facebook bought WhatsApp for number of reasons. Ensuring privacy and bug free environment are one of the keys to Facebook’s success, endangering either of it is will not be tolerated by Facebook. On the other hand, WhatsApp plus intrusion was putting company image at stake, therefore a step was need to discourage WhatsApp users from using third-party applications like WhatsApp plus.

WhatsApp Plus in their tweet dated 20 Jan promises their users, ensuring their return with a solution.

However, users can uninstall WhatsApp plus and return to original/official WhatsApp once the ban is lifted.