Social networking websites The top ones

The trend of social networking websites has been around for more than a decade now and it is not going to die down anytime soon.

Now the social networking sites are not just a means to meet people and keep in touch with your loved ones it has crossed boundaries and effect numerous other aspects of our lives. It has opened up new avenues in the field of marketing and advertisements. People have started their own businesses based on these websites. Here are sharing a list of top social networking websites. You must be using quite a few of them. 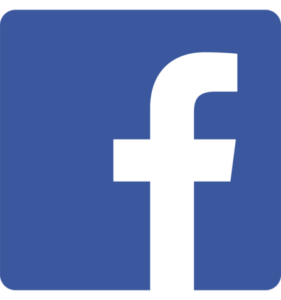 Mark Zuckerberg’s Facebook is the biggest social network on the internet. By 2016 it had 1.86 billion active users. It started off as a small network to keep university batch mates connected, it has now users from almost all the countries of the world. Facebook has become a cultural icon and has given new meaning to words such as likes, wall, comment etc. Facebook ads have become a very effective way for the people to promote their businesses. According to an estimate over a million businesses use Facebook to promote their products. Among the social networking websites Facebook is by far a leader.

Twitter started off as a micro blogging website and has now become much more than that. It is a trend setter among the social networking websites. It is twitter from where the trend of hashtags came into being. People are crazy for twitter especially because a large number of celebrities have personal accounts on twitter and people like to remain updated about the lives of their favorite celebrities. They like to receive updates about where their favorite celebrity is travelling to and what they are doing. 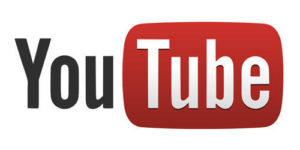 This is a video based social networking website. Over 60 hours of videos are uploaded on YouTube every day.  Every second a new video is added on YouTube. There are almost 819,417,600 hours of video on YouTube and this figure is constantly increasing with every second. YouTube is also the most popular search engine after Google. It was founded in 2005 and later bought by Google.

Anyone can upload videos on YouTube and can earn money as the views of videos increase. Almost in all countries now this option is available that lets you become a partner on YouTube to earn revenue from your videos. This gives incentive to the people also, to make better quality videos. If your video is good it can go viral and earn hundreds of views. Advertisement is then incorporated in the videos that earns money. 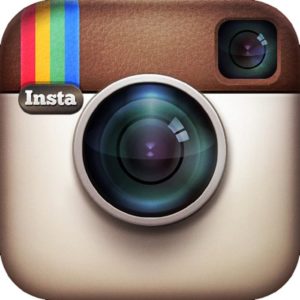 Instagram has become popular in a short span of time. It is a site where people can share their photographs with each other. It is a site where you can find top of the range photo filters and editors. The best tools that you need to tweak your photos so they look best are available on instagram. People use it to share photos of travel, nature, art etc Most of the celebrities are using instagram and it is a great attraction to people to follow the instagram account of their favorite celebrity. This keeps them updated about what is going on in the life of their idol or about the public events that they can join in. 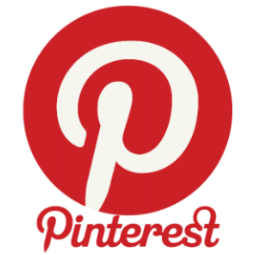 This website is again a visual social networking website. Here you are given a virtual pin board that you can fill up with interesting pictures. Although it was earlier developed thinking business achievement in view but now it is used to show Do It Yourself projects and crafts. It can be used in a number of different ways but more than fifty percent of its users are women and they have the most colorful pin boards with genius crafts and home improvement hacks. Each user can have many pin boards and they can be decorated with their unique collections regarding arts, crafts and nature photography. It is a very addictive social networking website. One can easily loose the track of time while exploring beautiful and eye catching pin boards. Here you can also find lots of worksheets to help in kids learning also.

With the web content increasing at lightning speed and hundreds of pages being added to the internet everyday a site like Reddit was essential to maintain the quality control. Reddit is a group of people who rate the web content. Based on the rating, the highly rated content is placed in positions where most readers can read and view it. reddit is basically short of I read it on reddit. There are as many as forty nine categories in which the content is distributed. They are called sub reddits. Following are the subreddits for certain categories

The registered users called redditers can vote for or against a content (up vote or down vote). IAmA is the most popular subreddit where users can ask AMAs (Ask Me Anything) or AMA/A/A (Ask Me Almost/Absolutely Anything). It is like an online press conference, where users can put up the questions and people give answers. Many celebrities have participated in the IAmA subreddit including the US president Barak Obama, Madonna, Peter Dinklage, Donald Trump, Gordon Ramsay and many more.

SnapChat is a completely mobile based social networking App that is based on photo sharing in real time. You can take pictures of where you are and what you are doing and share them with your friends and family. It is a highly popular social networking website as it is teenagers and young adults favorite. It is based on self-destructive posts. The picture and short videos that you share with friends disappears after sometime after being viewed by the recipient or recipients. It has another very popular feature called the stories where users can create snaps that can be then shared publically.

SnapChat takes away the pressure off the users of the longitivity of the personal data available on the social media. It saves them from tedious tasks like removing couple photos after a break up or divorce, de tagging in appropriate photos before a job interview or before parents see them. Self-destructing data was a newer concept and it hit well the market. Earlier all the sites were gathering as much data as they can about a person and wanted to retain it as long as possible.

Another great photo sharing website, Flickr has been around before instagram and SnapChat hit the scene. It is developed by Yahoo and is an excellent way to share your photos with friends and family. Users can store up to 1000 GB of data on this site. It helps you make albums and organize them in different ways. Now that many visual social networking websites are available Flickr users are still loyal to it because of its simplicity and ease of use. Also Yahoo has been regularly updating their website so that it incorporates latest features and photo editing options.

Vine is a very interesting social media website. It is based in video sharing however the catch is that the videos are six seconds long. One might think what can you show in six seconds think again and visit this website. You will see what amazing and interesting videos people can make in just six seconds. People are having less and less attention span and if 5 to 8 minute YouTube videos bore you then Vine is the best place for you to go. It has more than 400 million users, so you can imagine the huge amount of data there must be residing on the site.

Anything that is associated with Google is bound to be great and classy. Although Google + is one of those social networking websites that could not become as good as Facebook but it still has some very nice features. It has introduced the concept of circles instead of friend lists. The Google + hang out are very popular and are a great way to have a video conference.

These are some of the most popular social networking websites. Which ones are you using and why are you using them. Do share with us in the comments section below.