Home » Blog » Thanks to Hackers, Windows 10 price might be reduced 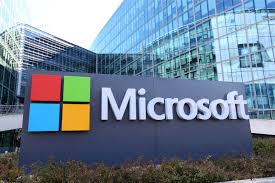 The other biggest operating system is Mac OS that is open source. Compared to Windows all the other OS available are cheaper and easier to access. However being the world leader in the field of OS it seems that the people are happy to pay the price in order to get their hands on the latest Windows. But Microsoft knows that it will not be the case forever so there have been rumors regarding Microsoft being ready to reduce the price of its operating system. This had been going on in Microsoft for some time now but after the Wannacry attack this idea gained a lot of momentum.

The deal will first begin in India. In Indian market, there is a 94 percent share of Windows operating system. However there were very few updates to Windows 10. According to the reports the main hindrance to the update is the price of Windows 10. The problem is that without the proper update installed the systems with older version of the Windows will be vulnerable to attacks from malicious software.

After looking at this situation, it has been decided that the Windows 10 price reduction will start from India first. It will then be done for other countries too but there has been no timeline released.

Do you think it is a good idea and will help in increasing the sales? Let us know your views by commenting below.