Facebook, Instagram, and WhatsApp have recently introduced features much like SnapChat’s story. Guess who is the least bothered? Telegram. While most app in the world are introducing features like stories and voice calls, Telegram is introducing a call feature. 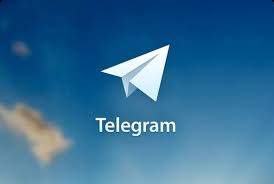 Telegram is about to get a new major feature, but that featured isn’t inspired by SnapChat in any way. Facebook, Instagram, and SnapChat have recently introduced a SnapChat like feature of a story that disappears in 24 hours. Telegram is going to introduce voice calls. You might be wondering what took Telegram so long to introduce such a basic feature. Well, it was focusing on security, specifically end-to-end encryption. Pavel Durov founded Telegram. He is a Russian entrepreneur who gained popularity as the founder of VKontakte, which is Russia’s Facebook. He was ousted as CEO in 2014, and has lived a nomadic existence since then. He has focused his work on making Telegram since then. It gained global recognition as an alternative to WhatsApp after it was taken over by Facebook in 2014. WhatsApp has around one billion users, which makes it the most famous chat application in the world. In 2016, Telegram had 100 million monthly users and 350,000 new joinings everyday day. Telegram users will soon be able to make Telegram Calls. The feature will be launched in Europe first, before being introduced globally. Most apps nowadays have a video calling feature. How will Telegram stand out with just a call feature then? Well, Telegram prioritizes quality over everything. The company is using artificial intelligence to improve quality regularly. Their AI uses different call information, like as network speed, packet loss percentage and ping times to optimize each call. This can improve the call quality as more time is invested on talking using the feature. Everywhere else, there are useful granular control options that let users choose a low data call which saves money on the data plan and compromises call quality and the app allows consumers to restrict things so that only those people can call them who are on their contact list. There is also a secret encryption feature. The framework for it has been adapted from their Secret Chat feature. The Secret Chat feature has been tested through the years. The key verification UI feature is used to safeguard against man-in-the-middle attacks. They need an improved function for calls. So they have improved the key exchange system. Practically, two people exchanging a call on Telegram will be able to match 4 emojis like a key exchange to make sure their call is encrypted. This will be more fun than passcodes and passwords. Some security companies have doubted Telegram’s cryptography in the past. In 2015, mobile security company Zimperium said that Telegram’s system is not good enough to stop advanced level hackers from intruding privacy of users. They say Telegram is prone to errors, has wobbly encryption, has unsafe metadata, copies from contact book, and is also known to b a terrorist hangout. Telegram has become a go-to app for ISIS, according to news reports. Telegram has booted content related to ISIS from its service. They did it after the Paris attacks in 2015 after they learned that their public broadcast feature was utilized to spread propaganda. Telegram also made it convenient for users to report inappropriate content, but they continue to be under fire from politicians who think their encryption is helping enemies. Last week, Britain Home Secretary Amber Rudd called out WhatsApp. WhatsApp introduced end-to-end encryption as a default mechanism for its conversations in 2016. Amber said that it must be ensured that companies like WhatsApp are not providing a safe place for terrorists to communicate. Amber added that the intelligence services should have the ability to surpass situations like encrypted Whatsapp.

Calls will be made over a peer-to-peer connection and best audio codecs will be used to save traffic and provide clear voice quality.

You can choose and restrict who can call you. You can use less data option to spend less on data.

Do you use Telegram? How is it compared to other chat apps? Let us know in the comments below!