Sony Xperia XA2 Ultra Has A Rather Unusual Design 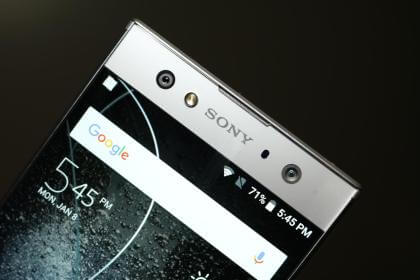 The Consumer Electronics Show (CES) is traditionally the first major IT and electronics event of the year and many companies are using it to introduce new products. For smartphones, however, it is not the most important event, for them, the Mobile World Congress, which will be held in just over a month, is more important. Accordingly, the manufacturers cancel the big bang for the MWC. And Sony just did the same by presenting Xperia XA2 Ultra. 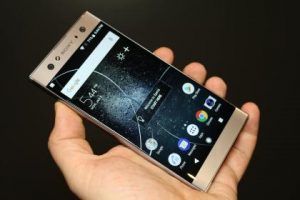 A good example here is Sony: The Japanese may of course not be missing in Las Vegas and have brought new smartphones. The top models have not been presented. Rather, the Japanese electronics giant has presented the Sony Xperia XA2 and the Ultra version. These are middle-class models from Sony.

And the design of the two devices is – in a friendly way – unusual: Because they have on the long side, although a pleasant narrow edge, but the frame is unusually wide at the top and bottom. In part, the width of two front cameras (eight and 16 megapixels) can be explained. Sony positioned the Sony Xperia XA2 Ultra accordingly as a selfie smartphone. For reasons of symmetry, it has chosen an equally wide border below. Whether it has the optics a favor, is open for debate.

Meanwhile, a 23-megapixel camera can be found on the back of the six-inch smartphone. Sony, as a manufacturer of optical sensors, has its greatest strength in photography, which is also reflected in the Sony Xperia XA2 Ultra.

Otherwise, the technology is attributable to the middle class: As a processor, a Snapdragon 630 is used. There are also four gigabytes of RAM, worth mentioning is the battery, which has a capacity of 3580 mAh. The Sony Xperia XA2 Ultra is available from February and will cost 449 euros.