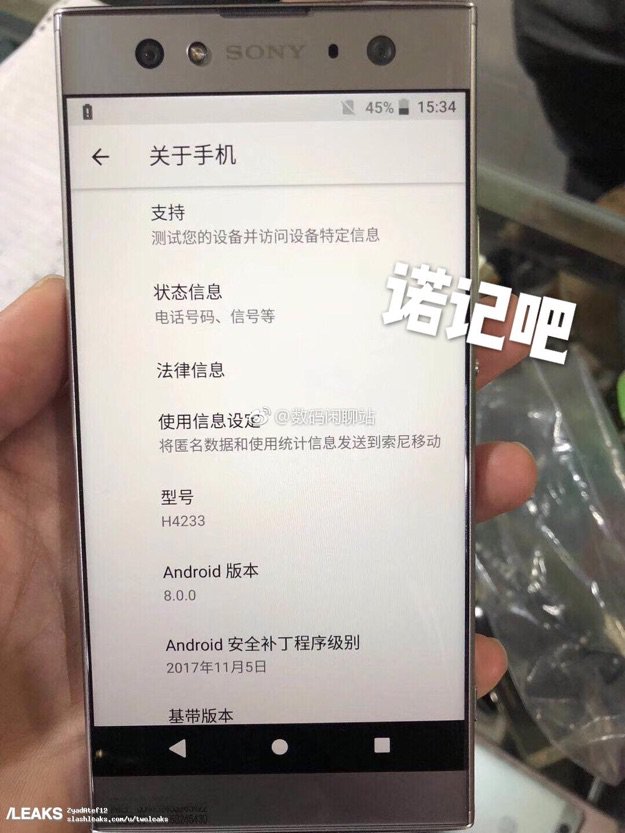 Taobao some pictures of the protective cover of  Xperia XA2 Ultra. The phone is still using the back of the fingerprint recognition design. However, unlike other flagship phones, Sony did not use this dual rear camera design this time but still use the rear single camera. At the same time, the machine also retains the 3.5mm headphone jack, camera button has also been put on the side.

It is worth mentioning that the phone will also provide 6GB +128 GB memory version of the combination. The phone will also have huge bezels. This is strange, keeping in mind the fact that most new phones are almost bezel-less. Presentation of smartphones is planned for CES 2018. It will be held in the period of January 9-12 in Las Vegas.