Samsung is the leader in the semiconductor market but that does not make it the company that sells more processors in all sectors. In fact, in the mobile phone market Qualcomm carries the banner, although many of their models come from the factories of Koreans. So now Samsung wants to sell Exynos to other vendors too. 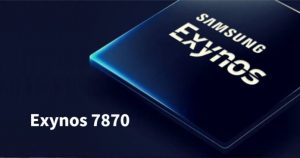 Digitimes account that Samsung seems to have found the solution to continue growing in a market that, at present, already places more than 1,500 million devices a year in the hands of users. The Koreans intend to take their division of processors further, to make it bigger, and for that what it would touch would be to sell them to more manufacturers, and not to keep them all at home.

It is not exactly a novelty to sell Exynos to other companies. Meizu, for example, has already experimented with Samsung chips on occasion and its recent M6s carries a Korean brain on board. But what is new, if it is confirmed, is that Samsung will consider a sale abroad in a massive way. Although Samsung has a significant market share in the smartphone sector, its share as a chip maker puts it in a fourth position that takes it far from its objectives. Qualcomm, Apple, and MediaTek are ahead, and the emergence of a Samsung selling chips beyond its catalog would turn them into targets.
Also Read: Meizu flagship smartphone could come with an Exynos 8890 chipset

Precisely a few days ago Samsung presented its connectivity alternative for the future 5G market and also is already involved in building chips for artificial intelligence, the technology of the moment. The new modem of the giant of South Korea passed the latest tests and was ready at the expense of the final phase of the development of the 5G standard was completely closed. The new chip would go into production in this same year 2018, and it is in 2018 when MediaTek already expects its direct competition.

Also Read: Galaxy S9 Will Have A Promising Camera

With Samsung manufacturing its own AI chips and its own 5G modems, its expansion seems near. The Taiwanese have been consulted by Digitimes about the entry of Samsung as a direct competitor when it comes to the awarding of manufacturing contracts for third parties, and believe that Samsung will soon be incorporated. This breakthrough, in fact, would cause MediaTek, and others, to adjust both their sales forecasts and their marketing plans.
Also Read: Leaked List Shows 2018 Devices That Will Have Snapdragon 845

So, maybe other manufacturers will soon assemble Exynos processors in their configurations. Samsung has been demonstrating for years that its catalog leaders compete at the level of Qualcomm’s equivalents, and it would only be necessary to see them reach the catalogs of the competition.