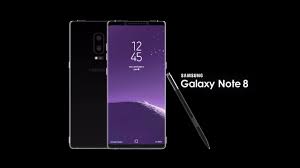 After a long wait and many rumors, Samsung Galaxy Note 8 is finally here. While it is too soon to say anything about its reception in the market, we are wondering if it lacks the wow factor.

It starts with the 3300 mAh battery, thus reduced by 6% compared to the 3500 mAh of Samsung Galaxy S8 Plus, which is slightly smaller than the new phablet. The new 10-nanometer chipset manufacturing process used by Samsung guarantees higher energy efficiency by 30% compared to previous generations, so autonomy should not be deteriorated, according to Samsung.

In addition, new batteries are definitely safer and able to maintain 95% of their capacity after two years of use. Claims will obviously be tested on the field, as the two flagships presented in the spring have given some contradictory signal as far as autonomy is concerned.

The second argument is the lack of ” wow effect ” by Samsung Galaxy Note 8 which does not present particularly innovative solutions. In this regard, Samsung Mobile has clarified that the South Korean giant does not pursue innovation at all costs and does not want to trade functionality for innovation.

Samsung instead wants to propose innovations that can meet the public’s favor, and Samsung Galaxy Note 8 has been modeled following the results of some polls made between users. It is also impossible to meet all users’ favor in the creation of a new device, but Samsung counts to overcome Samsung Galaxy Note 5 sales, which had stopped at 11 million units. The goal should be realistic, as the new phablet will be marketed in a number of countries.