No Battery, No Problem!

Home » Blog » No Battery, No Problem! 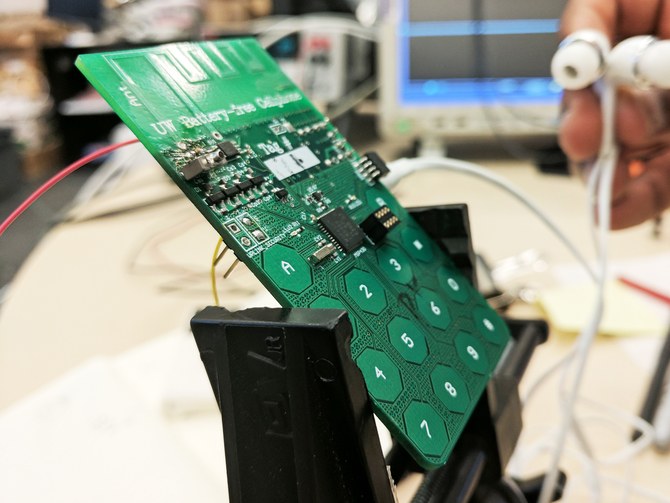 Vamsi Talla’s phone can make calls despite the fact that it does not have a battery. It gets power from the air around it!

It is reported that Smith’s lab has developed a technique called “backscatter” that allows the device to communicate by reflecting radio waves. In fact, this prototype phone can draw power from the thin air required to create a small amount of current. The use of antennas, radio frequency television and Wi-Fi signals can also become electrical energy. A hybrid system consisting of two technologies may produce tens of microwatts of electricity, but the problem is that the power required for traditional phones is ten thousand times higher, for example, about 800 milliwatts when calling. Previously, Smith set up a company called Jeeva Wireless start-up company, to make its so-called “passive Wi-Fi” (passive Wi-Fi) technology commercial. This is a digital backscatter technology for ultra-low power Wi-Fi devices. In developing the process of simulating backscatter, Smith realized that he was re-inventing a spy technique during the Cold War. Like spy equipment, some key components are also placed in the distance to save power. A nearby prototype base station has circuits that are used to convert and connect to a digital cellular network, which is currently available via Skype. However, the base station uses an unauthorized frequency, limited to low power transmission. Because the machine depends on the signal to draw energy, it is not more than 15 meters away from the base station. Talla believes that people need to think about how today’s mobile phone is running. To make a phone without a battery, the phone will have to be able to absorb energy from the surrounding environment. The simulation of human language into digital signals consumes a lot of power. If analog technology is used, energy efficiency will be much higher.

This device has a simple touch digital version, its display is a small LED. During use, the user must press the button as in a radio and switch between listening and speaking. Talla said the next generation models will have better call quality, as well as the ability to send text messages to the electronic ink display and perhaps will also be equipped with a camera.

Also Read: The science behind why your smartphone’s battery life worsens with time