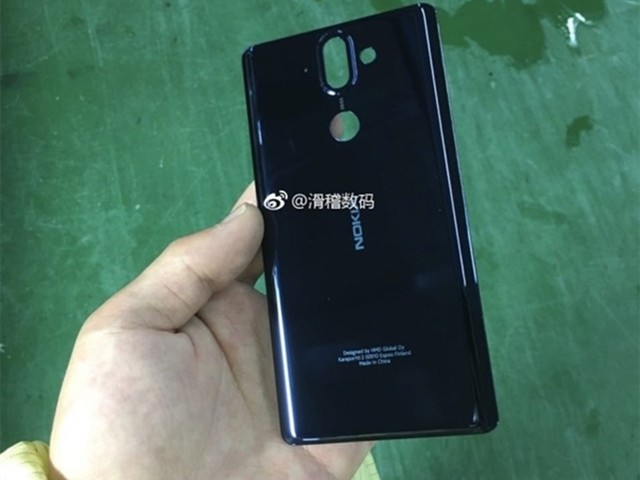 Some Nokia 9 photos have been leaked on the internet. The leaked photos indicated that the phone will have a dual camera system.

From the backplane is not difficult to see that Nokia 9 will have a dual camera, and fingerprint recognition module is also set in the back. At the same time, the phone’s backplane is the same as Apple’s new phone and has used glass material. As for the other related parts, not much has been disclosed or leaked.

Prior to this, a lot of information was leaked to the media from supply chain resourves. Nokia will launch three new machines next year, respectively, Nokia 2, Nokia 7 and Nokia 9. Nokia 9 is HMD’s key launch of Nokia. Nokia 9 will be listed in early 2018, and the Chinese market will become the starting market.

Also Read: Nokia Sold 1.5 Million Android Phones In The First Half Of 2017

HMD insiders said that this year they will also launch a series of Nokia brand mobile phones, for each market. The new flagship Nokia 9 will have a 5.5-inch surface screen and Snapdragon 835 ocessor. However, Nokia will face tough competition from other phones such as Samsung Galaxy S9.