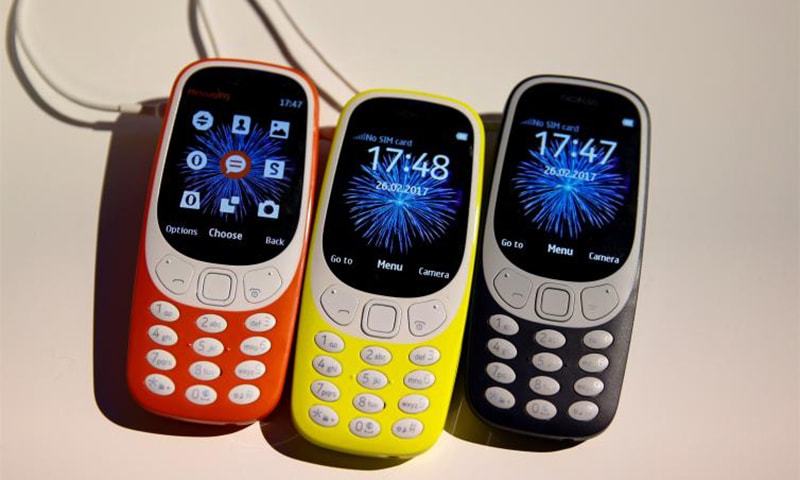 Last month the nostalgia phone Nokia 3310 was released across USA and UK and many other major countries of the world. Today the phone takes a leap in the markets of Pakistan. The mobile phone Nokia 3310 is expected to do great in the country as it is one of the cheapest mobile phones options available in Pakistan. The mobile phone set will be officially launched tomorrow although some people might have got it through international online deliver channels.

Although the sales of Nokia 3310 had not been even close to phenomenal in the countries where it has been around for more than a month now but still it has managed to capture a decent amount of market space. However in third world countries like India and Pakistan the phone is expected to make a mark because the purchasing power of people is not as high as that in the other countries.

The biggest drawback of the phone is that it is not a touch screen phone. The screen size is also quite small although it is a little bigger than the original Nokia that was once among the only mobile phone set available. And the display is colored too.

One main thing that would drive the sales of Nokia 3310 is the very strong battery life. It has a 12,000 mAH battery life with a 31 day standby. The second important feature of the phone is that it is extremely robust and strong as compared to other mobile phone sets. It was break safe since the earlier days and the robustness has been increased since then.

It is available is a collection of vibrant colors like red, yellow, black and bright blue. Another thing that people are looking forward to see in the Nokia 3310 is the traditional Snake game.

The price tag is a major attraction for Nokia 3310. Its cost is 59 Euros in the international markets. In Pakistan it is equivalent to 5,700 dollars.

Are you going to buy the Nokia 3310? Let us know by commenting below.