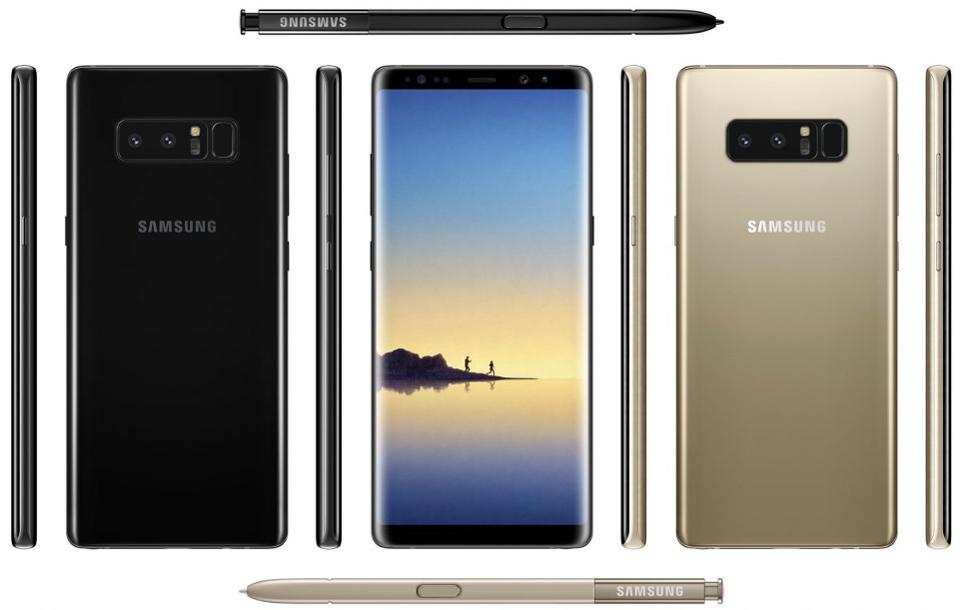 Evleaks showed the back and side view of Samsung  Note 8 and also showed colors such as black, gold and two colors, including the new S Pen. Note 8 will use a rear parallel dual camera for the first time, retaining the laser and heart rate modules. In addition, because the top is still six sensor openings, Note8 should also have no white front panel category. According to earlier news, Samsung Note 8 will have somewhat same design as Galaxy S8 / S8. Note 8 will have dual cameras in a  horizontal arrangement, while the fingerprint sensor, heart rate sensor will be placed on the right side of the camera. The bottom of the fuselage will have three interfaces, including S Pen hole, Type-C interface, and 3.5mm headphone jack. The front of the fuselage is also equipped with iris unlocking and facial recognition and other functions. It will be equipped with a 6.3-inch AMOLED full-screen screen and a 4GB / 6GB RAM + 64GB / 128GB ROM storage combination, but with a battery capacity of only 3300 mAh. Also for the Chinese market, there will be a special Emperor Edition with 8 GB memory.

It is worth mentioning that according to earlier rumors, Note 8 is Samsung’s first equipped with dual camera models. The analyst Guo Mingchi revealed that this dual camera will have three times the optical zoom function, while the two cameras will have  6 lenses and support optical image stabilization feature.