Microsoft Wants To Own Classrooms Again

Google is the most popular tech company in schools, and Microsoft is hoping to change that. 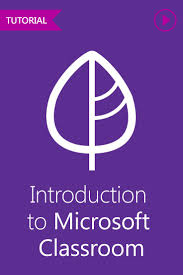 Also Read: Apple Is Losing It To Google In Classrooms

Microsoft is planning to have an event in New York on Tuesday. Microsoft is hoping to discuss new software for schools in the event. It will also discuss the new low-cost computers which have been designed to compete with other computer manufacturers on affordability and Apple’s iPads when it comes to functionality. Interestingly, Microsoft has an unexpected choice of rival here. Their main competitor isn’t Apple. They are combating against Chromebook. Chromebook is a cheap computer that operates on Google’s Chrome OS software for browsing the internet. It usually has a lower price than other computers. Microsoft’s new software on which its school computers will run will be a version of Windows that is usually on computers, but you will only be able to run secure applications from Microsoft’s app stores on it, according to sources. This will make Windows easier to run for teachers and students as it will reduce the complexity and time required to manage many computers. These factors are what Google took into consideration when breaking Microsoft’s monopoly in schools. Most schools did not shift to Chromebook because of the cost, but because of the simplicity of use. Setting up and managing computers that just used the web is a lot easier than controlling computers that need different software such as MS Office and antivirus. Chromebooks have become the go-to device in American schools. More than 50% of the devices bought last year were Chromebooks, according to a market research. The fact that Google’s Gmail is the most widely used email service also helped a lot. Gmail is logged into more than 900 million times a month. Apple’s iPhone is the most popular phones among teenagers last year. Low-cost hardware and specialty software don’t really bring in a lot of profit. So, why is Microsoft pursuing it? It will be a thing of pride to restore its hold in the US schools. Moreover, it is like a long term investment. If students use Microsoft products, they will probably want one at home too. The might become loyal to the brand and remain loyal throughout their lives. Microsofts devices are more popular in schools outside America. Microsoft also offered Excel, PowerPoint, and Word for almost all phones and tables in recent years. Its gaming platform, Xbox has many fans.

Microsoft is seemingly making a smart move by renetering schools. Let’s see if they are able to make their mark.

Have you used the Chromebook? What are your thoughts on it? Let us know in the comments below.