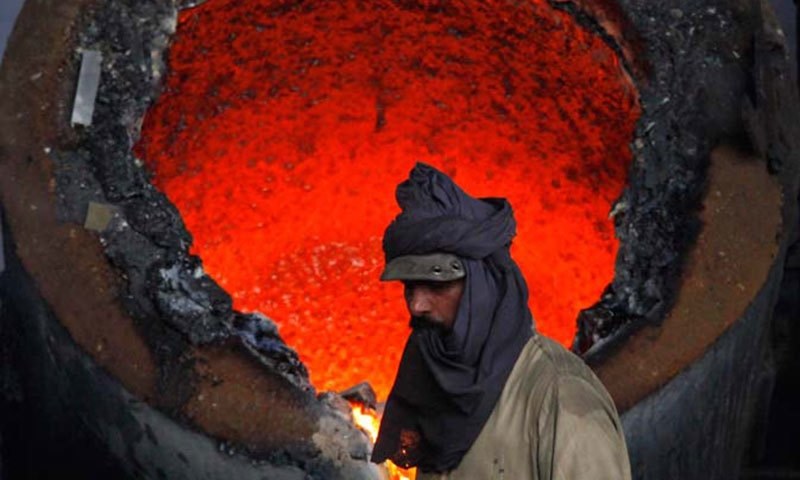 Recently news sources reported about huge mineral deposits found, near Chiniot in Punjab province of Pakistan. The estimated value of these mineral deposits is in billions of dollars. The main minerals discovered are:

Initially the research and study of these deposits has only been conducted in an area of 28 square kilometers. Although studies have shown presence of good quality mineral deposits in areas north and south of Chiniot city. Approximation of these studies show that the deposits are spread in roughly 2000 sq kilometers.

The Prime Minister of Pakistan along with Chief Minister of Punjab attended the brief about this huge natural resource discovery. The premier on this occasion vowed to break the begging trend of Pakistan. Only time though can show much really the premier wants to fulfill his vow. Furthermore he praised the efforts of the international companies working on the research and discovery of these reserves. In the briefing PM was told that many international investors and companies have shown keen interest in development and extraction of these mineral deposits. It’s the task of current government to ensure full utilization of this opportunity. As well it’s the right of people affected by this venture to be compensated. There also is dire need for a commission to be setup that will oversee the fair usage of this huge jackpot keeping it away from vultures that are scavenging on the already declining economy of the state.

This occasion also presents a chance for development of Chiniot. The ball now resides in court of current government to squander this opportunity or grab it and transform Chiniot into an industrial hub. A rare chance for the PML-N government to come in good books of this nation. It will set them aside ! If our Premier decides to avoid a Reko Diq like fiasco, this will end up an extraordinary achievement and display good management and transparency.

Should the government show some prudence it might as well use this opportunity to save Pakistan Steel Mills from total ruin. Increase the country’s export and hence cut the trade deficit by acquiring self dependence by cutting the imports. Create numerous job opportunities and cut down the figure of joblessness by quite a margin. May our nation soon bear witness to a new era of development and eradication of poverty.