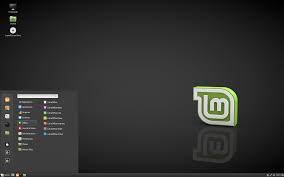 After a period of delay, Linux Mint 18.2 “Sonya” is finally coming. The beta release will arrive early June.

Last month I mentioned that donations weren’t as high as last year. We’ve seen a fantastic response since and it was clearly visible this month. We’ll report the May donations in the June monthly stats of course, but since the month of May has ended I can already communicate figures. We’ve received more than $16,000, which is more than twice as much as the figure for May last year. We usually see more donations “after” a release, not before. The number of people who donated in May is also quite impressive.. it’s very humbling to imagine 647 people assembled together, here just to support our work. I hope we won’t disappoint and you’ll get to love this new release as much as the previous ones.

Linux Mint 18.2 will be available via the Update Manager menus if you’re using Linux Mint 18.1 or 18.0. If you do not want to update to 18.2, do not worry as all older Linux Mint 18 releases will still receive security patches till 2021.

Also Read: All You Need To Know About Google Fuchsia