Life Lessons We Can Learn From Jack Ma, AliBaba’s Founder

Jack Ma, the founder of AliBaba, recently had a meeting with Donald Trump to discuss how to create 1 million US jobs in five years. He is called China’s richest man. Did you know that Jack Ma was born an ordinary man? He experienced a lot of setbacks in life but never gave up. Today, he is in a position to help millions of people chase and accomplish their dreams.

Lessons We Can Learn From Jack Ma 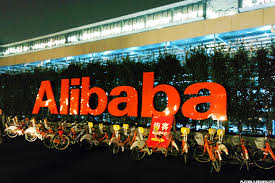 What distinguishes a winner from a loser? A winner never gives up. It seems as if this belief was etched in Jack Ma since a very early age. Ma took four years to pass the college entrance exam. After graduation, Ma applied for 30 jobs and was rejected for all of them. He applied to KFC too, along with 23 others. Everyone got the job except for him. He applied to Harvard 10 times and was rejected every time.

Also Read: Logitech accessories being offered at a massive discount at Amazon

When Ma was introduced to the internet when he went to the US, he was disappointed to find out that it had no information on China. He soon launched his own website related to China. Within hours, he got e-mails from Chinese wishing to know him better. It is at that moment Ma realized that the internet has a lot to offer. He went on to collect funds to found a company that created websites for other companies.

Idea Is The King

In 2010, Ma said that he cannot write a single line of code. Can you imagine- the owner of one of the biggest e-commerce websites in the world cannot code at all? He just had an idea about creating a business-to-business marketplace and he invested his time and money in that idea. And look, where has it landed him today! If you have an idea, believe in it and implement it even if you do not have all the resources. Resources can be acquired easily.

When Ma realized that internet had something great to offer, he was quick to get in action. He soon set up a Chinese company which prompted him to expand his business later. If you see an opportunity, do not wait around for someone else to grab it. Learn to capitalize on things that look profitable!

Don’t Wish For Connections To Succeed

Have you ever bought anything fro AliBaba? How was the experience? Let us know in the comments below!