Studies show iPhone is more prone to failure than Android 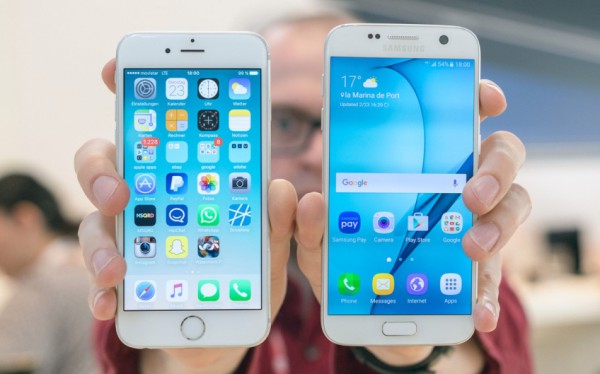 Mobile technology service provider Blancco Technology Group (BTG), recently conducted a study that shows, iPhone is prone to a higher failure rate than Android phones, for the first time. The company used its diagnostic tools to determine the performance data of mobile phones in the second quarter of 2016 and issued a report titled “2016 second quarter mobile device performance and health”. The purpose of this experiment was to review the functionality failures that each device suffers, the causes of those failures and the third party applications that are most likely to lead to crashes. And the results that emerged were not expected.

Looks like Apple’s devices, including iPhones and iPads crashed twice as much in the second quarter as they did in the first one. Getting into the stats of it, 58% of the Apple devices faced performance failures like constant app crashes and lagging in the 2nd quarter, risen by 25% from the first quarter which makes it the very first time Apple’s failure rate was higher than Android’s comparatively; which was 44% in the first quarter and managed an improvement which brought it down to 35% in the second quarter. When Apple was asked to provide an insight of the newly discovered statistics they did not respond.

BTG utilized their SmartChk service to determine their discoveries about app failures. The service basically runs on a device and runs debugging tests to determine the cause of reported crashes. Though they did not provide actual details about how they analyzed the devices but their spokeswoman added that they tested “millions of devices from North America, Europe, and Asia.”

The extracted information from the process ascertains how and what triggered the failures in each device. It covered a range of first and third-party issues including the Wi-Fi connectivity problems, headphone malfunctions, and app crashes.

The most common iOS malfunction detected, about two-thirds of the total – was the app crash and then forcefully restarting the app. On Android’s side, the failures that were frequently encountered include camera issues that accounted for 10% of the performance problems, 10% for battery charging and 7% for touch screen liabilities.

The research was then diverted towards the third party and first party app to determine which apps were susceptible to cause more device crashes. It was observed that half of the applications running on iOS devices crashed, compared to the 25 % on Android devices. But none the less Apple applications have proven to be much more stable than those of Google. It appears that the Google Contacts Sync feature, that syncs user data and contacts on an Android device was responsible for causing most crashes in Google App Store, followed by Android’s built-in Address Book and Photos app; BTG discovered.

The third party apps that caused most crashes on iOS included popular photo sharing applications like Snapchat- which apparently caused most of them, followed by Facebook and it’s another photo sharing social platform Instagram. Another astounding statistic says that Samsung smartphones crash failure rate was 26% on Android side.