iPhone 7 and iPhone 7 plus release date, specs and features..

There is a slight disappointment for the iPhone lovers waiting impatiently for the new release. As claimed by Apple, they would be struggling to meet the massive demand that the new set will be getting due to damage caused by an earthquake in Taiwan to Apple supplier TSMC’s factories. 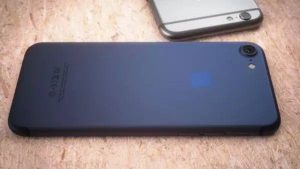 Technological Features of iPhone 7 and iPhone 7 Plus. 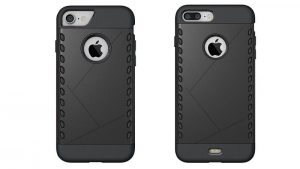 Rumors are that Apple will endorse iPhone 7 and iPhone 7 Plus as two products with the latter having the advantage of dual camera over the former.  As far as features are considered, iPhone 7 introduces Force Touch pressure sensing technology, and the cancellation of 3.5mm headphone jack.  Another change noticeable is that iPhone 7 doesn’t have the Smart Connector feature in iPhone 7. Comparatively there is nothing game changing between iPhone 7 and iPhone 6S releases, however a new generation of iPhone is set to release next year with a glass body to memorialize the tenth anniversary of Apple. The next release, that is expected to be iPhone 8, will perhaps prove to be the new flagship for Apple.

The colors however, of iPhone 7 are expected to be released in Silver, Gold, Space Grey and Rose Gold shades. iPhone 7 is also rumored to have a ceramic back like the One Plus X which would make it easier to implement wireless charging characteristic.

The capacity of iPhone 7 starts from an initial 32 GB and ranges to 256 GB for the iPhone 7 Plus versions.  Apart from that anther highlighting feature is the TSMC 16nm process technology and A10 mounted processor which will change the overall device performance speed significantly.  In terms of dimensions, iPhone 7 is said to be 67.12×138.3 mm in size.

The next generation watch , Apple Watch 2 is also rumored to be released along with iPhone 7 in September as declared in this year’s conference. 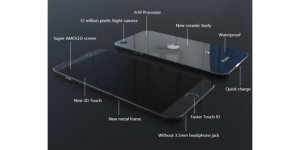 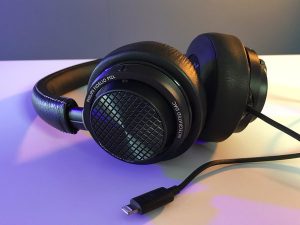 Leaked pictures from a French site show that the 3.5 mm jack  that is generally meant for audio however, Apple might have introduced the new iPhone 7 headphones without the jack with some eye pleasing lightning feature. The connecting end of the headphone wire looks like a charging plug in most Apple devices.  Now that 3.5 mm port is likely to be out of the picture, the users might have to utilize the only outlet available on the device to plug in for charging.

If these rumors are possibly true, there is an alternate option that can be used for listening music that is the Bluetooth headset that is quite common.

Looking over the previous Apple releases, there has not been much of an escalation in iPhone prices and is moderately the same. Which leads us to ultimately assume that iPhone 7 might range from £539 for a 16GB version, £619 for 64GB to £699 for the 128GB.