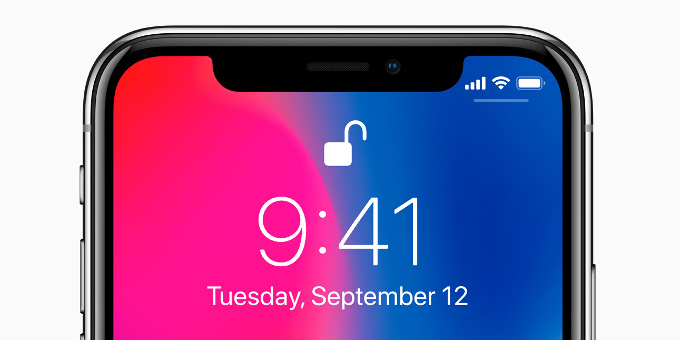 The American Civil Liberties Union (ACLU) and the Center for Democracy and Technology (CDT) have questioned how Apple has “effectively” implemented certain privacy regulations in facial scans. iPhone X’s facial recognition ability is once again considered the core of privacy issues.

Specifically, the privacy organization is concerned that developers who are trying to create entertainment through the new smartphone’s facial software and will extract some facial data from the iPhone X. The face data used to unlock the iPhone X, or data related to Face Recognition, is stored securely in the device itself, not in iCloud.

However, according to a contract clause published by Reuters, Apple will allow developers to extract specific facial data from the user’s iPhone, as long as they seek customer permission, rather than the data sold to third parties. This means that developers who want to use the iPhone X front camera can get a “rough map” of the user’s face and “more than 50 facial expressions”.

Also Read: There Is A Lot Of Enthusiasm For iPhone X Pre-orders

Developers can collect the data (which can be stored on the developer’s own server), which is said to help monitor the user blink, smile, and eyebrow raise frequency. Although this data can not unlock the iPhone X, according to the security ID sent to the security researcher file it shows that developers can “easily get some of the user face data, and add it to their own server, which led to ACLU And CDT raise new concerns.

Also Read: There Will Be A Cheaper Version Of iPhone X But Please Don’t Buy It

ACLU senior policy analyst Jay Stanley said that in the context of unlocking a smartphone, privacy issues around the face recognition was exaggerated. Stanley explains that real privacy issues are related to third-party developer visits. In this case, experts on face recognition are not worried about “government spying”, but more about those who track users expression to check how they respond to their advertising.

Also Read: Who Are These People Already Using iPhone X On The Streets?

Apple has adopted a strict policy on developers who use facial data for advertising and marketing, but the group says they are concerned that the company can not control what developers will do after leaving the iPhone X. Stanley said that for Apple the difficult part would come from the application that must be found and “caught” that could violate these policies.

Also Read: iPhone X Facial Recognition Technology Can Be Used on MacBook and iMac too

At present, the iPhone X has been in the hands of many reviewers. Many people have said that in many different circumstances, Face ID can work well. Some media have begun to try to use a lot of clothes, sunglasses and “twins test” to fool Face ID, the final result is mixed. In order to highlight the user’s security and privacy, Apple in September released a deep security white paper, stressed and explained some of the features of Face ID.