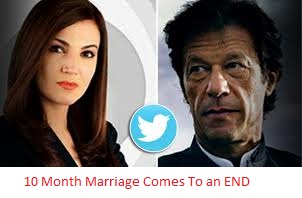 Conjecture of Divorce was true; Pakistan Tehreek-e-Insaf Chairperson Imran Khan and TV journalist/ forecaster Reham khan finally decided to part ways and file a divorce petition with mutual consent. The rumors were already spreading before the couple actually formally tweeted the news of divorce.  The two tied the knot earlier in the year in January 2015 in a low profile wedding ceremony and the Nikkah was celebrated with utmost enthusiasm especially in Peshawar by Khan fans, however the marriage lifetime of 10 months brought disappointment to them rising to a total gibberish style of discussing and commenting to a Personal Issue. The Captain contention to divorce news and message to media to respect privacy and resist baseless statements all went in vain. 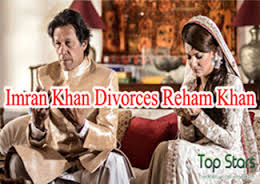 Here come several questions especially to Pakistani Media. Are we really supposed to highlight a Personal issue to this extent? Are we not educated enough to let the personal statement remain un- judged? Is Pakistan in a situation to debate over divorce issues even when it is going through turmoil? Has the couple given the society and media reasons to talk and comment about their divorce? 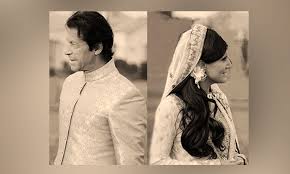 The announcement has stirred a fiery debate on social media and the fans are eager to know the actual reason for the couple to separate but the ways adopted surely do not reflect that we belong to a civilized society. It seems that the society has also decided to part ways with wisdom demonstrating an act of utter nonsense. It is agreed that it is natural to talk about celebrities and if someone is famous their personal life is also in limelight yet the public response and media reaction is despicable. It seems that the divorce will have repercussions on Pakistan economy and foreign relations. The endless commentary along with red tickers, songs taglines all making headlines in channels. Apart from that it seems that the haters do not want to miss a chance to de glorify a woman.

The country that has recently been stuck by a major earthquake and is suffering from sexually abused cases for children and women is left with nothing but a so called important issue- Imran Reham divorce. Please help yourself and change your thoughts else there is no way out till this country will all be in darkness. You should not be concerned about what is happening or happened between Reham and Imran, you should be disturbed over country problems and your role in development. Stop probing into reasons behind separation and refrain from personal comments.

Multiple rationales are floating the media channels regarding the divorce. Some believe Reham’s involvement in politics was disliked by Imran, others say that Imran sisters have not accepted Reham. Also the society is judging Imran image as Playboy again and has started to debate on his character as if he is on a hat trick.  The public has to behave sensibly and understand that it has no rights to put finger to some ones ex relations.  All need to understand that divorce is a serious personal matter even if the couple is posting it on social media let be sensible enough not to talk about it this way. The purpose of being called an educated individual fades away when people respond to issues personally and comment without knowing.

Media job is to educate and circulate news but no to show case and exaggerate. Where we stand is the question. Why are people so concerned about others? Let’s ask ourselves what we have done for the country before pointing out Imran Khan or anyone else. Are we not responsible for this country or only these people are accountable to provide a better place to live? What are we teaching our generations, just to find out others mistake and comment? The cricketer might have promised to a democratic state and has failed to live up to expectations of his supporters yet there is some courtesy to react to such Personal Issues.

Imran Khan on Social media talking about his divorce

Democracy is not what is being taught and showed. Everyone has a right to voice opinion but understand where to be vocal and where not be, also what words and how you speak those matters. Imran khan relation with Reham is a total private affair there is no space for sarcastic comments or relating the incident to aggressive grudges or fun time.