The news about triple camera in the upcoming Huawei P20 have been floating on and off all over the tech world. The new Huawei P20 leaked images confirm the rumors and the beautiful design that is released is promising a great new phone. The arrangement in vertical and is present in the top left corner of the phone.

read more Huawei P Smart Review: All The Right Ingredients Went Into This One

Along with a vertical triple camera there is also a dual flash and a laser focus for image clarity and to avoid blurry photos in places where there is less light. So from the setting it is might be deduced that the Huawei P20 has a Plus and Light mode. So it will be having different designs, sets of cameras, and power under the hood. 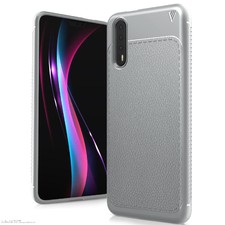 The next very interesting thing to note is a tall vertical opening behind the case renders that might be where the sensors of the triple camera will be comfortably housed. There are usual three side buttons. For volume and locking. There is an audio jack on the top. There is no finger print scanner at the back so it might mean that the scanner will be at the front of the phone. In what appears to be the light modal, there is a scanner at the back.

Unfortunately Huawei will unveil its next flagship phone later in March, instead of MWC being held later this month, where many new mobile handsets are being unveiled. So we still have to wait quite sometime before anything officially can be said about the upcoming mobile phone. From the Huawei P20 leaked images we have learnt a little but we would have to wait some more in order to know about the internal specs of the phone.