Huawei Has Declared War On Apple 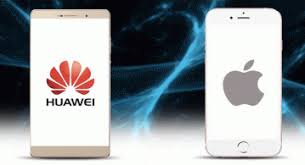 Judging by the reports, we all know that pressure touch technology is now Apple’s main push of a technology. 3D Touch is also used in Apple’s many mobile phones. But just now, Apple seems to have met a real opponent. Recently, Huawei has submitted an application trademark registration to the Malaysian intellectual property organization, which is titled “Huawei 4D Touch”, which is more advanced than 3D Touch.

At present, in the trademark registration file, we do not see more specific details of this technology. In essence, after the launch of Mate S in 2015, Huawei has become the world’s first introducer of pressure touch mobile phone technology. Apple’s 3D Touch is clearly better than other manufacturers, but the Huawei 4D Touch is likely to be better because the detection would be better. Some analysts believe that this 4D Touch technology is likely to be carried in Huawei next-generation flagship machine P11. Prior to this new, news broke that Huawei’s next-generation flagship model Huawei P11 will also use a comprehensive screen, and the screen under the optical fingerprint recognition is one of the highlights of this new machine. The news also mentioned that the full screen + optical fingerprints will be popular in the next year, and become the standard configuration for the flagship machines.

Also Read: Huawei Matebook X is the smallest Win 10 notebook in the world

This year, the technology is limited by technical reasons and no full screen + optical fingerprint recognition. However, next year this configuration will be applied to many mobile phones. Samsung might also use the technology, but Huawei P11 will probably be the first phone to feature it.