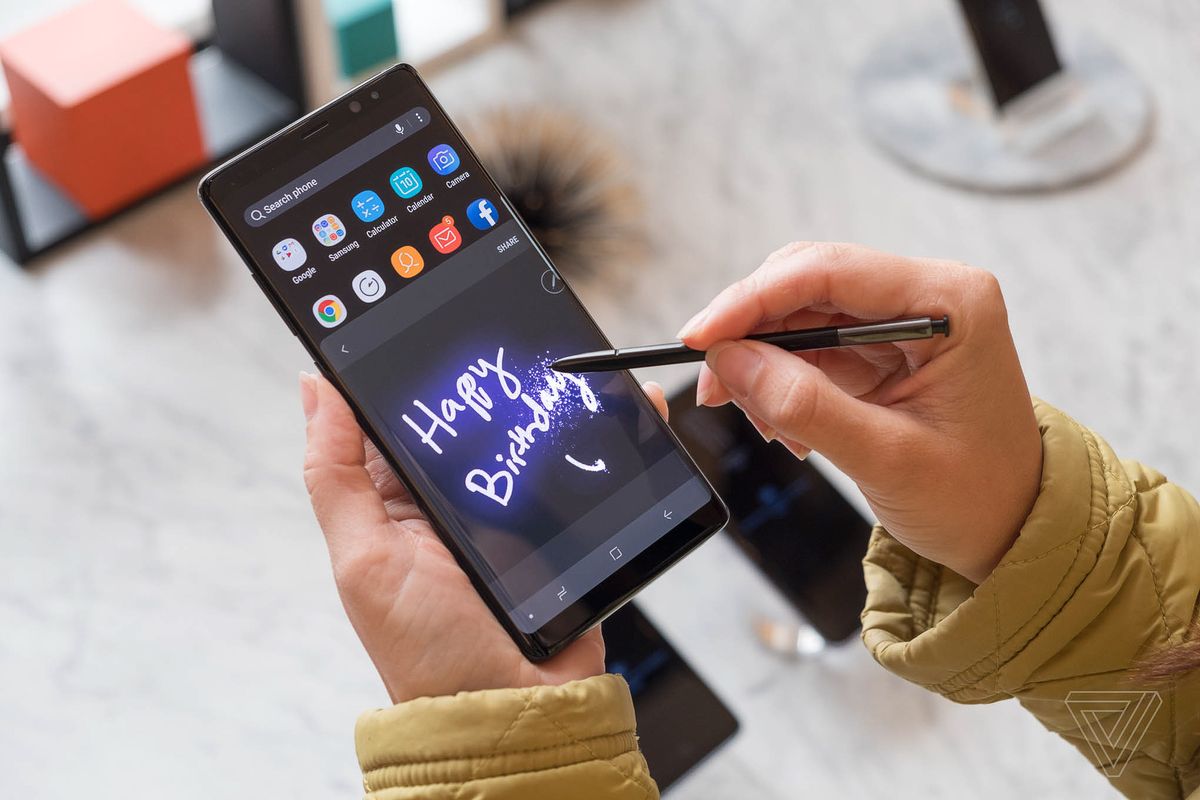 The wait is finally over. No one needs to speculate anymore. Samsung has unveiled the Galaxy Note 8. Read on to find out more!

Samsung Galaxy Note 8 will be 6.3-inch and it will have an infinity display which wraps its edges. It will also have Samsung’s Bixby voice assistant, the virtual assistant that was launched in Britain yesterday. The phone will also have an S-pen stylus, that can be used even if the screen of the phone is off, to take notes or make a list. The S-pen is one of the main features of the Galaxy Note 8. It will allow users to take around 100 pages of notes on their phone, even if the screen is off. It lets users produce art, and there will also be a colouring app for users of the pen. You will also be able to use the pen to highlight and to translate a piece of text in different languages. You will also be able to use it in messaging applications to make pictures and gifs. The Galaxy Note 8 will have dual camera lens. It will have two 12MP cameras on the back. This will provide users great zooming appearance. The dual capture will take depth effects even further. You will be able to live focus pictures and fade out the background in real time.

The way you use your #GalaxyS8 #GalaxyS8Plus will never be the same. #Bixby Voice(US English) is here! Get started by saying, "Hi, Bixby." pic.twitter.com/zjJm6KbPnD

Note 8 will also have Bixby voice assistant. You can activate Bixby through voice control. You can either use the catch phrase which is “Hi Bixby”, or use the button provided for this purpose.  Since it is activated only when you want it to, you can rest assured that it is not spying on you.

The Note 7 was recalled last year because of a battery problem which overheated devices, causing them to burst into flames. This earned Samsung a negative reputation. Note 8 can do some damage control if it proves to be a hit. As a special consolation to people who bought the faulty Note 7 last year, Samsung will provide discounts on the purchase of Note 8 to people who purchased Note 7 last year. This seems like a brilliant move by Samsung.

Note 8 will also be compatible with the latest version of Gear VR headset. This will enhance the virtual reality experience. Another option would be “app pair: which will let you create shortcuts for 2 applications to open in split screen. You can use the S-pen for a shortcut and use Bixby as a camera for translating pictures and signs.

Samsung Galaxy Note 8 will use Samsung’s own research and development of the Exynos 8895 processor, storage combination of 6GB RAM +64 GB ROM, running Android 7.1.1 operating system. At the same time, Samsung will also launch another version of Galaxy Note 8, the main difference is the mobile phone mobile processor, Snapdragon 835 processor will be their choice. The Note 8, which is equipped with the Snapdragon 835 processor, is likely to be available only in Korea and is likely to offer a large capacity version of 256GB.