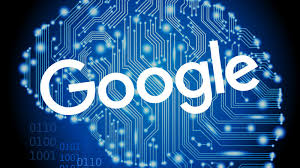 According to media reports, Google is preparing to use a machine to learn to expand the exploration of medical health of large-scale experiments. If successful, it will help protect millions of people suffering from diabetes from complications such as blindness.

Last year, Google researchers claimed that they had been training image recognition algorithms to detect diabetes-related eye diseases. R & D software is used to check the patient’s retinal photos, thus finding tiny aneurysms, which are early stages of diabetic retinopathy (referred to as “sugar network disease”), which can lead to blindness if left untreated. A few days ago, at the “WIRED Business Conference 2017”, a project leader from Google said that the technology is now used at some of India’s ophthalmic hospital. According to Lily Peng, product manager for AI’s medical research team at the Google Medical Brain, India is one of the few places in the world that lacks an ophthalmologist, which means that many people with diabetes can not get a good screening for sugar-based disease. Blindness caused by syphilis is completely preventable, but because people can not screen as early as possible, half of them have lost sight before detecting the issue, according to Lily Peng.She describes the status quo in India by saying that the promise of this technology is to make medical health more accessible. According to Lei Feng network, more than 400 million people worldwide are suffering from diabetes, including about 110 million patients in China and about 70 million in India. In India, Google is working with the Aravind Eye Care System, which is the network of ophthalmic hospitals established in the late 1970s and is considered to help reduce the blindness caused by cataracts. Aravind helps develop the retina screening system by providing some of the images needed to train Google image resolution algorithms. The system uses a similar depth learning technique that allows Google Image Search and photo storage services to make tasks such as distinguishing between dogs, cats, and people. Google’s last year’s paper describes the application of the technology to the retina image, rather than applying it to clinical practice. Lily Peng said that Google has just completed a clinical study with Aravind in India, which means that the technology has been really used for patients to diagnose the condition. She said that Google is now working so that patients can use the technology. At the same time, she refuted the view that although the technique may be a good thing for the patient, it would reduce the doctor’s job. On the contrary, she believes that Google’s algorithm will not be used because of lack of skills abut to emancipate the doctor to do more important work. They do not have enough doctors to do screening work, and they need experts to treat patients.

Hopefully, the Google AI experiment would be a success in India. It can then be used in other parts of the world.

Would you be comfortable with a future where computers will do tasks previously done by doctors? Share your concerns with us in the comments below!