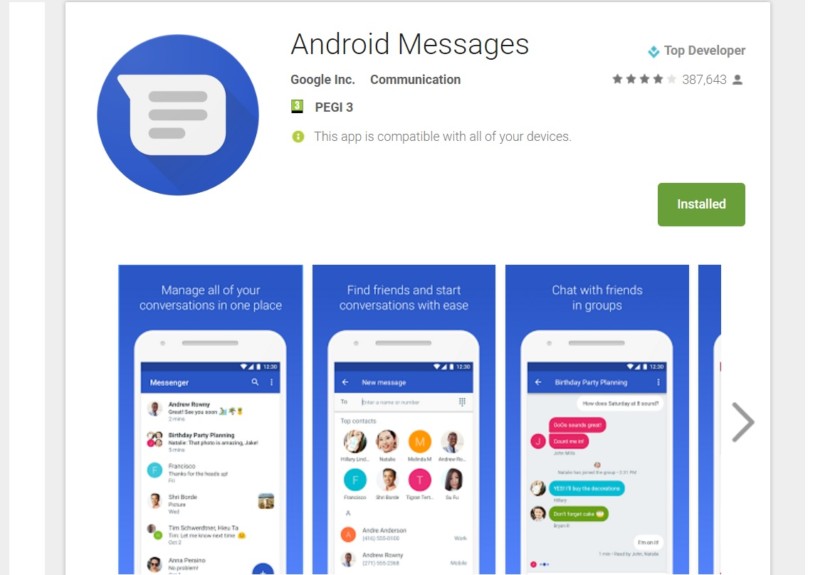 Unlike many services, Google has not played much of a role in messaging, even with a fresh start with Google Allo. As far as the Android Messages for SMS is concerned, however, Google has its foot in the door. With a web app for the SMS successor RCS, it wants to be at the forefront of universal messaging.

The Rich Communications Services (RCS) is a cross-platform transmission standard, which should enable similar functions as the now leading messaging services such as Whatsapp. The mobile operators see this as an opportunity to at least partially revive the now idle business with payment news.

As Android Police has found out, Google is currently working on a web app for its RCS-enabled Android Messenger, which should make sending the messages even more convenient. As with Whatsapp and Google Allo, this will use a QR code for pairing with the smartphone, which the user can photograph with the smartphone. In the source code of the Android messenger, there are also indications that this could also be used in the future for shopping. This could work by connecting to Google Wallet, which allows you to send and receive money since last year.

With these changes, the Android messenger Whatsapp is unlikely to run out of rank. But after all, the previously very limited and expensive SMS will be replaced by a technically equal successor. Google donates the app additional extras such as sharing high-resolution images, or the ability to chat via Wi-Fi. The merger of payment services by mobile operators with additional features provided by Google is also a double-edged sword for technically inexperienced users. Some older students today already have problems distinguishing the difference between text messaging, Whatsapp messages, Skype chats and Google Hangouts.