Home » Blog » Fuchsia Might Replace Android In The Future 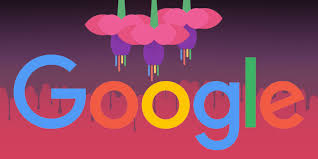 Since Google announced the new mobile system Fuchsia’s plan, it has attracted a lot of attention, and now Google has confirmed that the new system will be the opposite of Android’s and it will be open source.

Dave Burke, vice president of Android engineering, said Fuchsia is still in beta and development but will be completely independent of Android, will have a complete set of closed ecosystems. It is reported that Fuchsia will be based on Google’s own research and development of the Magenta kernel for development. It will be simple, smooth and efficient, and will make extensive use of Material Design and card-based UI design so that the whole system looks more concise. Dave Burke also talked about the relationship between Fuchsia and Android, he said that there is a possibility that Fuchsia might easily replace Android in the future. The implication is that Google will eventually abandon Android and push Fuschia forward.  In fact, many people understand that, on the one hand, Android-based Linux kernel has become increasingly aware of the efficiency of the operation. The Android device memory of 8GB has to catch up with the PC. For Google, Android control is getting weaker. Just providing updates isn’t enough. Google Fuschia will make it easier to get rid of an inefficient development environment and will provide an absolute control of the system, just like iOS. Of course, it is not that easy to do all this. Google will have to re-establish an ecosystem. It will be critical for application developers and equipment manufacturers to accept a new platform.

What do you think about Google Fuschia? Will it be that easy to let go of Android? Share with us in the comments below!

Also Read: Is This Android O’s Most Exciting Feature?