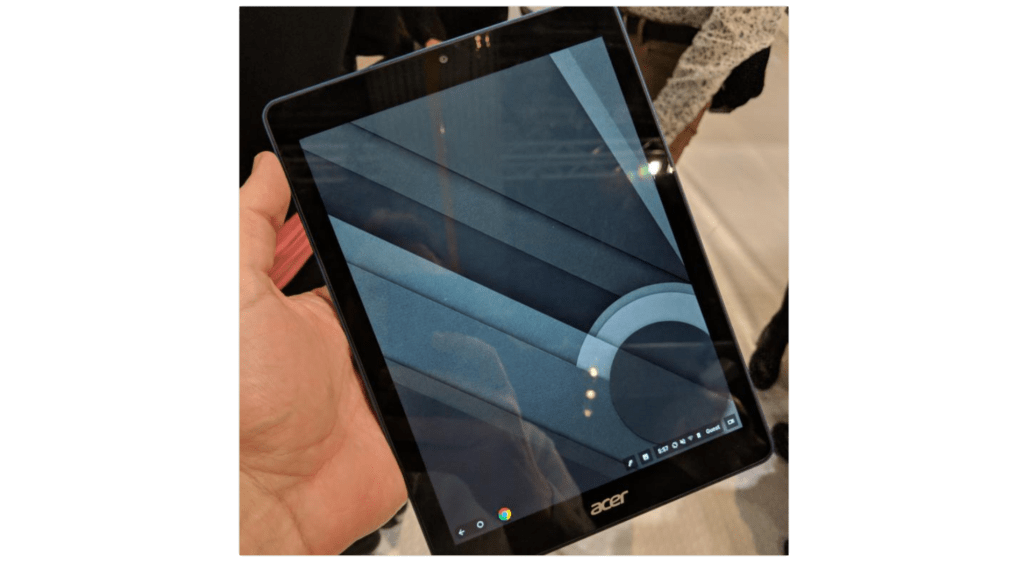 So far, tablets are an Android-exclusive affair.Google’s mobile operating system is the OS of choice on both smartphones and devices with larger displays, at least if they want to stay true to the search engine giant.But now the first tablet has been spotted with Chrome OS.

Chrome OS is the operating system that was previously reserved for “big” devices, ie Chromebooks. Classic tablets, however, are exclusively available with Android. However, the boundaries between laptop and tablet have long since blurred since the Microsoft Surface devices, which is why you should not be surprised that this is now reflected in Google-based devices.

According to the blog Chrome Unboxed, an Acer tablet with Chrome OS should up at the annual BETT show at London. The Acer device will also support a stylus (by the company Staedtler) as on the screen you can see a pen icon. The tablet could be codenamed Scarlet, with a Rockchip processor. The screen size of the tablet is around 8 to 10 inches and has bezels all around. You can also see a front camera and an Acer logo.

There have been indications in recent months of a Samsung manufactured Chromebook with a removable keyboard, which would be a form factor that was previously not existing for Chrome OS. A big surprise would be an extended use of Chrome OS. Because Google has already hinted a year ago that it intends to expand the operating system to other device classes, including tablets and convertibles.
Source
Prev Post
Next Post