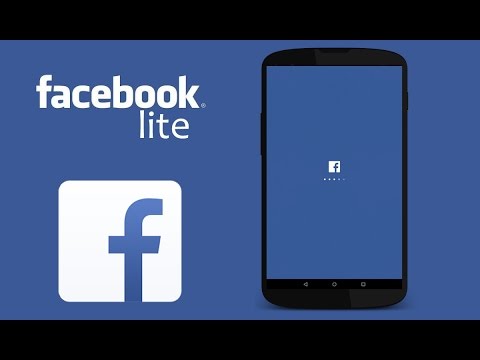 The social network Facebook has long been mainly used on mobile devices, but the associated app does not have the best reputation. Many consider it to be functionally bloated, heavy and power draining.If you do not want to use a third-party application, you now have an official Facebook lite option.

For some time now, the lite version of the Facebook Messenger has been available in the West, and anyone who has tried it once will be reluctant to switch back to the “big” brother. Because the Messenger Lite has everything you need but it is without the typical bells and whistles.

It is similar to Facebook Lite. The streamlined version of the Facebook app was originally designed to give people in developing and emerging countries access to the social network. Because Facebook Lite is slim and uses little data volume, which of course is essential in countries with insufficiently developed mobile infrastructure.

So far Facebook Lite was only available in Africa, Asia, South America and a few European countries, but now it has also been released for Western countries. On the official page to Facebook Lite, it is also stated that the app works well on old Android phones (requirement is at least Android 2.2), the data consumption is lower and the load times are shorter. Finally, Facebook writes: “The app works on all networks – it’s designed for 2G network connections and areas with a slow or unstable Internet connection.”Currently, however, Facebook Lite is only available to Android users, so go look for it in the Play Store.