There are now just too many endless running games that it is difficult to keep a count. Almost every big franchise has spun out an endless running game and people are downloading them to have the same lightning speed experience with a new character.

The endless running games are classified as platform games I which the protagonist is automatically running after you press that start button. The protagonist will not stop and you have to guide it through a series of obstacles and avoid bumping into objects that will make it die. You can also pick up useful stuff that will make your runner faster or make it fly. The game takes place in a procedurally made endless world. It will not end until the user will die. These games are played with one hand, in fact usually just with a thumb.

Why are endless Running Games so popular?

One main reason for the endless running games being so popular is that these games have minimum controls (usually left, right, jump and one other ability that might be duck or attack). Because of being easy to play, people get hooked to it easily. The second feature is the lightning speed. The high speed experience to too addictive and exciting to give up. Once you get the taste of this high speed experience you will crave for even more and more. Thirdly, there are no complicated motives and tasks to fulfil. When games have a complex gameplay, they lose half of their audience right there and then. But if a person knows what they have to do, then they will happily try out the task.

These endless running games are also considered as stress relievers. As there is minimum brain work involved, one can enjoy the game by just movement of a thumb.

Here is our list of most popular endless running games

When Temple Run was first released it became the fastest spreading endless running game on the iOS store. Temple Run 2 had fifty million installations in the first thirteen days after its release. Temple run along with its sequels have more than a billion downloads to date. It was first released for 99 cents on iOS, but now it is freemium and is available across Windows phone and Android platforms also. Temple Run 2, Temple run Brave and Temple Run Oz are the official spin offs of the game but there are many unofficial and fake copycat apps of the Temple Run App available on the Apps Stores. 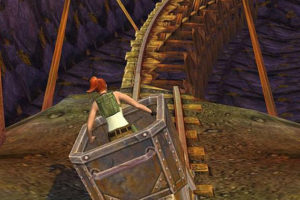 Another very popular endless running game is the Subway Surfer. The Gameplay is very simple. The protagonist is a vandal and he is putting graffiti on the subway trains. That is why he is pursued by the cops and is on the endless run through the subway trains. He can jump on the trains or run through the tracks. On the way he can collect coins and special items like magnets to attract coins, super jump sneaker to jump higher, jetpack and flying scooter. The subway surfer will die if he crashes into a train. There are millions of users of this game also and there is a tough competition to be among the top runners in the weekly run challenge. There are gold, silver and bronze medals to be won.

There are many avatars to choose from for running. The avatars can also be accessorized by paying coins or making in app purchases, otherwise the game is free to install. It is available for both Android and iOS.

The beloved video game character, Sonic is a befitting running game protagonist because it is known for running very fast. Sonic dash is the endless running game that features Sonic as the main protagonist. There are other playable characters too which you can use to make your run. The protagonist runs through different levels and collects rings on the way. The accumulated rings then let people buy stuff in the game. Also in app purchases can be made too. The game allows you to complete levels but incorporates endless running so the game can only end character’s ultimate death. Its sequel Sonic Dash 2: Sonic Boom was also released and it became highly popular too. Both games are available for iOS and android.

In Sonic Dash too, players can compete by comparing highest scores and longest runs.

As minion are everywhere then why not incorporate them in one of the most popular gaming app model. People get attracted when they see minions anywhere, so combing the attraction of minions to a running game will surely give extra benefit and people were bound to download the game a lot.

Although the minion rush could not get as many players as subway surfer or the temple run but it is a fairly popular game given the fact that there were already so many running games available in the app stores. There was nothing much in the gameplay to offer except the inclusion of the characters from minion franchise into the game, where they are running endlessly avoiding obstacles and trying to get as many on the way as possible.

Car race is an endless running game where you are not running on foot but are driving a high speed car. Watch out for the other cars and avoid crashes. You can honk at the cars to make them give you way on the road. There are a number of different track types like forests, snow, hills and roads. You can collect fuel coins and keep you vehicle going on for long time.  You can choose the car of your choice from a good many number of cars and give them you favorite color. Here again you can compare your high scores with friends and try to be at the top in the world in the game.

You can also play in another mode where you are the cop and chasing the car.

Punch Quest is one of mist addictive running games. It is an endless running game developed by RocketCat games and allows you to not only run as much as you can but also to punch different things on the way. The game got very rave reviews from the critics and users both and if you are into running games, this is one is the best for you. 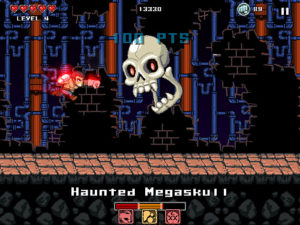 Tiny wings is another very wonderful running game. The protagonist are little birds. The wings of the little birds are and the main objective is to keep you little bird flying in the air. The game play mainly revolves around timing your taps so that the bird slides down hills and flies up them. The game features special missions to upgrade the player’s nest and increase their score multiplier. These challenges revolve around reaching specific islands or achieving certain feats a number of times in one game. The game’s visuals are procedurally generated, making it look different every day.

There is an alternative mode of the game also available where you can make race with three other birds of the game to see who will be the winner.

Super Mario is one of the most successful video game character of all times. Given the popularity of running games, Nintendo decided to give Sonic a running game version too. There are other runnable characters too, other than sonic. Here you have to cross levels and collect rings. The rings are then accumulated to be used to buy stuff in the game. The game is free to download and is now available on both Android and iOS platforms. It is free but one time in app purchase. 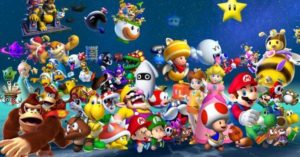 read more Addictive mobile game apps to get you hooked

This auto-running platformer in the ‘impossible game’ style has taken off in particular thanks in part to its level creation and sharing. An infinite number of dastardly levels are at your disposal, created by some of the most clever kids and teenagers that make up this game’s core audience. Good luck: their underdeveloped empathy will make you want to throw your phone to the ground.

As it is an auto-run platform game the player does not control the movement of Rayman who continuously runs forward. Initially all the player can do is tapping the screen to make Rayman jump, but as progress is made through the game new abilities are made available. The original game was divided into four worlds.

Here is our list of some of the best endless running games and apps. You can also add your favorite running game to this list.

Which running game is your favorite? Let us know about your most favorite endless running game by coming below.