Dell Mobile Connect Lets You Mirror Your Smartphone On The PC 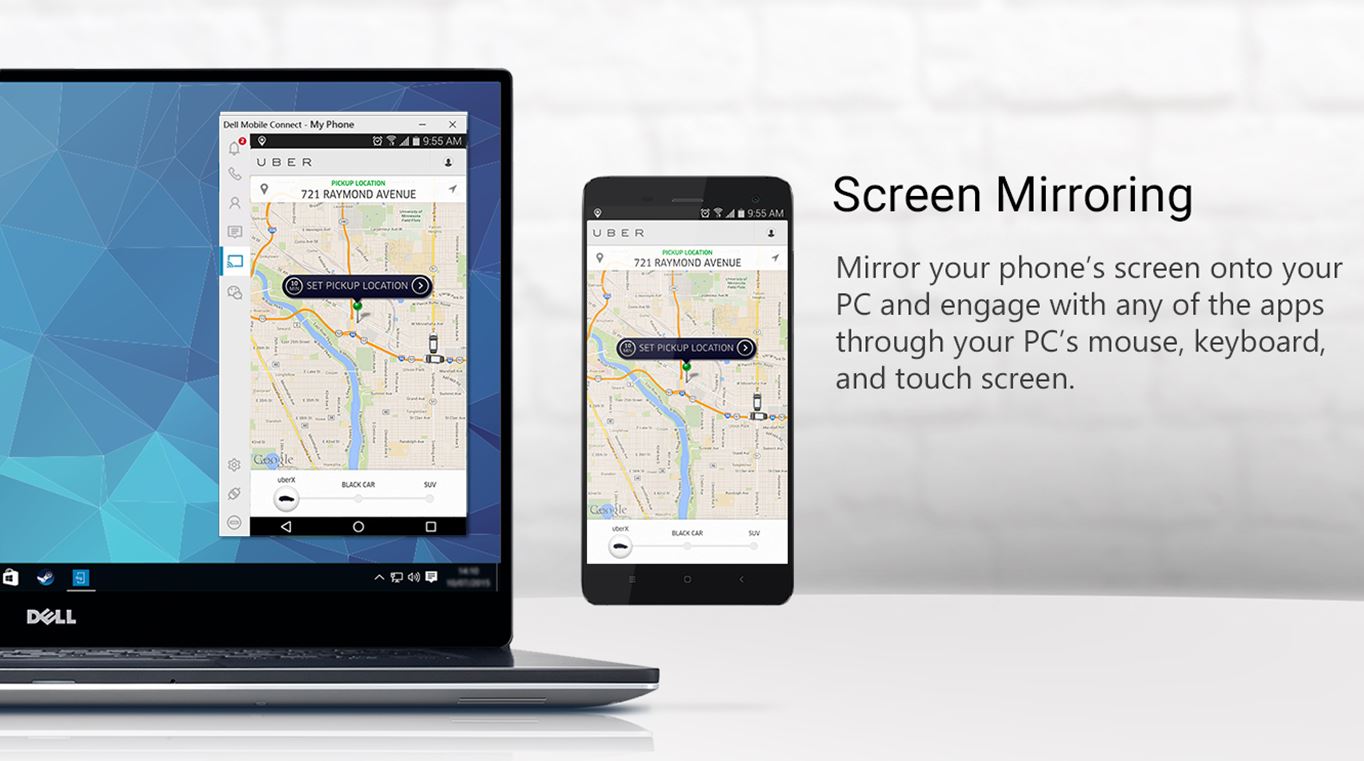 The computer company Dell is also working on a solution to the problem that most users now always have to keep up-to-date with two computers in parallel: their classic desktop or notebook and their smartphone. With the “Dell Mobile Connect” software, both will be joined together in the future.

The application presented to the public for the first time at the CES in Las Vegas first and foremost ensures that the user does not need to access the smartphone in parallel while using his normal computer when his services are needed. However, this goes beyond the usual links of SMS services, contact management, and voice telephony.

When the user is virtually in PC mode, working, learning or even consuming content on the computer, Dell Mobile Connect ensures that he does not need to pick up the mobile phone and focus on another device, even when needed. Instead, the focus remains on the PC or notebook. “We believe this is a valuable solution,” said Frank Azor, Dell’s XPS and Alienware notebook.

Also Read: Dell Will Charge You $20 For Deactivating The Insecure Intel ME

The software ensures, for example, that incoming calls can be accepted directly on the PC and routed through the headsets of the computer. And getting SMS on the big screen is not a big deal anymore. However, the functionality of Dell Mobile Connect goes well beyond.Users should also be able to access the services of a large number of other apps via the software, which is mirrored directly into the desktop application.

The latter works only in conjunction with Android smartphones. The likewise announced iOS variant does not dominate this function since this isn’t allowed on the Apple platform.The communication between the computer and the mobile phone is based on Bluetooth and Wi-Fi Direct, so there are only a local data exchange and no synchronization via the Internet.Users of Dell computers can now download the software.