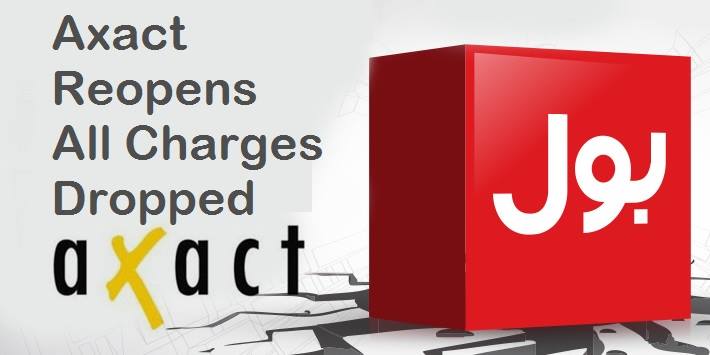 The importance the Axact scandal gained and the hype it created was difficult to ignore even if you sat in an isolated room with your ears shut. Every TV and news channel had its fill of telling the world over and over again how Axact-a leading software company of Pakistan-was caught in a scandal involving the sale of fake degrees and diplomas to clients all around the world. Saving me from telling you all about it in detail, this article tells you all about it in detail.

We’re going to be talking about the one step advancement that happened further in this saga going on between the media of the country and Mr. Shoaib Shaikh, the millionaire CEO of the enterprise when the already wounded media house received yet another severe blow. All the channels of Pakistani media started running news of evidence found on Axact and Bol Media Group premises which indicated the involvement of these IT experts in running some not very suitable content on the internet. It included pornographic content. This news was run by almost all media outlets of the country so no one can be released from the blame. An Islamic country like Pakistan was enraged at such indecent a gesture and Axact which was already in negative in fame points fell down drastically.

Everyone was pretty sure of the news and trusting the good judgement of all these channels when an official from FIA just recently shut them all up by issuing a statement which released Axact of these dubious charges and told the press that no pornographic stash had been found on person of Axact and Bol Media group and this was a baseless accusation, one which Axact should immediately be run clear of. This has been a relief for the worried officials of the Media House who have had a very tough summer. Go to the following link and watch the video.

Moreover the last month, the famous Forbes story that actually caused this havoc which accused Axact of being a seller of degrees to well-paying clients has also been removed from the Forbes website keeping in with high standards of journalism, ethics and legal obligations. It has also come to our knowledge again and again through Mr. Shoaib or other high officials of Axact that they are not facing a fair trial. They are facing a biased system which has already judged them criminal based on the media trial going on the television nowadays. They have demanded again and again for a thorough FIA investigation which finally has come in front and given a statement.