Apple Inc. in known to provide new and unique technology to the users. iPhones, ipads, Apple TV and watches, all are known to  provide unique user experiences that were not available on any other devices when they were first released. Now according to reports, apple has been working on a project that aims to bring augmented reality to everyone’s doorstep.

Apple’s new augmented reality product can come as smart Apples Glasses. It will put computers right in front of our faces. First this technology will be incorporated in the iPhones, then it will be distributed in standalone products in the form of smart glasses. This would be a groundbreaking breakthrough.

Let us look at the meaning and concept behind augmented reality.

What is augmented reality?

Augmented reality is a direct or indirect real time view of the real world onto which computer related imagery is super imposed or augmented through sound, video, graphics and GPS data. In this way the human perception of the real world is changed, usually it is enhanced. It is related to the concept of mediated reality. 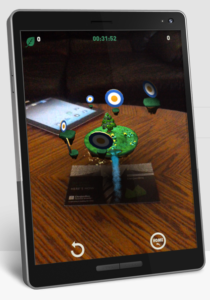 Augmented reality can be a highly beneficial technology as it brings the digital data into human perception. For example, imagine if we look in front of us through an augmented reality device and see exactly how the radio waves or electromagnetic waves are functioning in front of us. There can be numerous other benefits too. 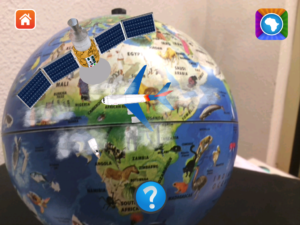 This would not be the first time any organization has thought about introducing the concept of augmented reality in their product.

Microsoft introduced HoloLens in 2015 in the Window 10: The next chapter conference. It includes a helmet that is equipped with augmented reality. The prototype that was shown, displayed the holographic minecraft experience. According to Microsoft’s official site HoloLens will change the way you look at the world with the help of powerful holograms. Through it you can interact with your digital content. Infact Microsoft is inviting people from all over the world to develop apps for the holoLens and be a part of the future.

According to the report that has been released by Bloomberg, Apple’s CEO Tim Cook has shown special interest in this area. He is quoted saying

We will all “have AR experiences every day, almost like eating three meals a day. It will become that much a part of you.”

A large number of both hardware and software experts have been hired by Apple, some of them previously from the team of HoloLens and occulus, and they are tirelessly working on the Augmented reality products. They have also hired the masters of digital effects that have worked on huge budget Hollywood projects like Avatar. Together they want to create something that will give a new direction to the AR products. Although there are augmented reality products available like Occulus and HoloLens but Apple wants to make something that can be turned into a mainstream product.

What would be the Apple’s augmented reality product

It has to be something like glasses or that which includes a headset. If it is glasses, they would be connected to the iphone via the Bluetooth just like apple’s smart watches. While the HoloLens were priced at a whopping $3000, let’s see what would be the price of Apple’s product. If the ambition of Tim Cook is to make is a household item, it has to be much much cheaper than the price of HoloLens.

Amidst all this excitement and uproar about the new Apple product, Apple Inc, did not comment.

What are the requirements of the augmented reality product?

Besides a rigorous knowledge and experience about the AR algorithms and software, the hardware requirements are somewhat simple. It requires sensors, display, input devices and a processor. The display must be placed in front of the user’s eyes so he can have an enhanced experience as compared to the real world.

Apple has been the pioneer in many technological things and Ti, Cook’s statement regarding the augmented reality may be ambitious but given the previous record of Apple might not be impossible. It is expected that within a year or two major breakthrough products regarding augmented reality will be delivered by Apple. The products will give us a way to discover ways to view the world in a completely new and different way.

Are you excited by the news of Apple working on an augmented reality product? What type of product do you think it will be. Share with us by commenting in the section below.