There are days when you are out the whole day and don’t get a chance to charge your phone. Then there are days when you are too lazy to charge your phone. Either way, you would want your smartphone to work at an optimum level. Apps also eat away a lot of energy. You need to know about apps that drain battery so that you can save some during times of need.

5 Apps That Drain Battery Of Your Smartphone

Amazon’s application has made it so convenient and easy to sign on and purchase what you require that it could be viewed as unsafe for your phone battery, as well as for your wallet. Looking at items, comparing costs, adding stuff to your cart—they all appear like ordinary, safe procedures. Although this may seem like nothing, but all these things add up. In the end, you either buy something you don’t need or can’t buy something you need because your phone is dead.

It is a very useful application and can genuinely save your day, however in doing that, it drains your battery really quickly. Google Maps chases after you wherever you go, which depletes a lot of battery. Even if you are traveling and your mobile is on airplane mode, Google Maps still follows you. Most of the times it is great to find directions, but the downside is that it is one of the apps that drain battery fast.

Snapchat can be a lot of fun. It has become an integral part of people’s life. But, this fun application is the No. 1 enemy of your phone’s battery. A lot of memory is depleted, too, with Snapchat. Be watchful: Just because the photograph is deleted from the application following 24 hours doesn’t imply that the application isn’t devouring a vast majority of your interior storage. The consistent streaming, photo and video creation, check-ins, messaging,  and networking depletes batteries rapidly. 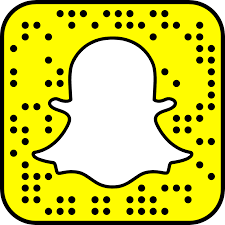 Also Read: Jazz Up Your Phone With These Accessories

Netflix is one of those applications many can’t survive without. Regardless of whether you’re driving, relaxing around, sitting tight for an appointment or simply exhausted at work, Netflix helps you kill time. another thing that Netflix kills apart from time is your battery. We do not recommend the use of Netflix if you are not near a power source. Netflix is continually streaming so it is one of the most notorious apps for draining your data and battery both. Do not Netflix and chill. 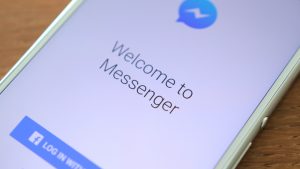 Also Read: Everything You Need To Know About Windows 10 S

All pleasurable things in life come at a cost. Apps are no different. Some mobile apps drain battery fast. If you are too hooked to them to even consider deleting them, try other methods to save battery such as lowering the brightness of your phone or turning off data when not in use.

Which apps drain phone battery the most according to your experience? Have you ever deleted an app because of this issue? Let us know in the comments below!