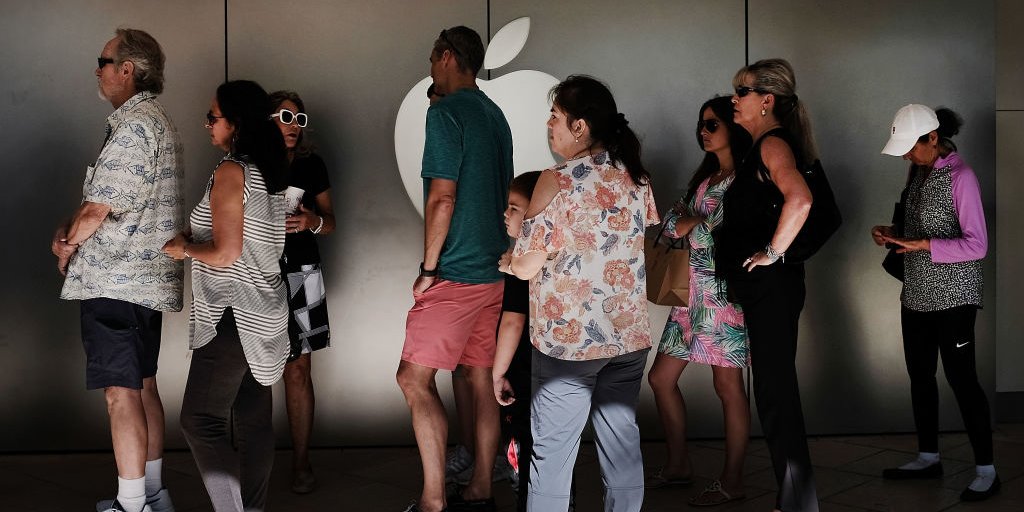 In response to the conspiracy theory (that is now believed to be based in partial truth) that Apple Inc. purposefully make batteries that worn out around the time of new iPhone release, Apple has released the statement that it will replace the older batteries for $29. The news excited the Apple consumers and they have lined the stored for a Apple iPhone battery replacement.

However when Apple made the offer, it surly did not expected so many people would line up for an exchange. $29 is a small amount for a new battery. Every Apple iPhone user thinks that they are eligible for an exchange. However that is not the case. Before replacing the batteries the Apple workers check the older batteries. They examine the time from when the battery was first manufactured as well as the number of cycles the battery has already completed. If the battery is not in a completely worn condition only then the battery will be replace.

Also, claims the Apple officials that all batteries need not to be updated in any case. There are only some batteries that will age through the years and need replacements, the number of those are quite few. However few the number maybe, it is a big jolt to the trust of the iPhone users that Apple has in fact being doing this.

There are very long lines outside Apple stores where people are waiting for their Apple iPhone battery replacement. Of course the batteries are not replace at the moment. In fact now there is a week’s waiting till the new battery can be obtained.

Apple officials claim that people who do not really need a battery exchange hinder the quick replacement process for those who really need it.

Do you think Apple is being fair with its customers with regards to battery exchange. Let us know about your views by commenting below.