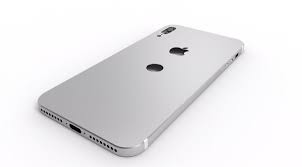 Many Apple parts suppliers are experiencing a difficult period because Apple has adopted a dual procurement strategy. Apple has brought most chip designing in-house. But, Apple’s Taiwanese manufacturers, Foxconn, will be a beneficiary.

Foxconn makes the majority of its income from the assembly of the iPhone. Its revenue is actually consistent with the iPhone’s sales. But because Apple has a good bargaining power, its assembly partners profit margins are low. Like Foxconn, their operating margins are less than 5%, while Apple’s profit margin is more than 25%.

Also Read: Galaxy Note 8 Will Be Released Before iPhone 8 To Capture The Market

Financial analyst Gokul Hariharan talked about Apple’s impact on Foxconn, he said, Foxconn’s vertical integration business model and its low-cost production capacity of mass production, may save it from the slowdown in the of iPhone demand. In the mid-1990s, Foxconn began assembling desktop computers. Over time, it began assembling Motorola and Nokia, the music player and Apple’s smartphone. Hariharan said Foxconn later moved vertically in the supply chain to manufacture parts for its assembled products. This adds to the value of Foxconn. In 2016, Foxconn acquired Sharp for $ 3.8 billion, which allowed it to enter two major components of the smartphone market: the camera module and the monitor. According to Hariharan, the display is the most expensive component of a smartphone. The Nikkei report pointed out that Foxconn and Sharp are considering the establishment of an OLED display factory in China. Bloomberg also mentioned that Foxconn and Sharp have jointly bid for Toshiba and NAND flash memory business. In this regard, Foxconn hopes to increase its value in servers and storage products, which will also increase Foxconn’s revenue, Hariharan said. Hariharan believes that Foxconn will have a separate assembly of Apple’s flagship product iPhone 8 this year because it has many years of experience. It will be able to reduce the cost of producing many products. iPhone 8 is expected to have several new features, such as OLED display, 3D camera, front and rear glass shell and wireless charging. Foxconn has the ability to create a large number of smartphone parts, making it ideal for iPhone 8 assembly. However, KGI Securities analyst Guo Ming expects iPhone production to be delayed because of a major hardware upgrade.

Also Read: iPhone 7 Was The Best Selling Phone In The First Quarter of 2017

In any case, now Apple and Foxconn have become very close partners, and no doubt, iPhone 8 sales will also have a significant impact on Foxconn.