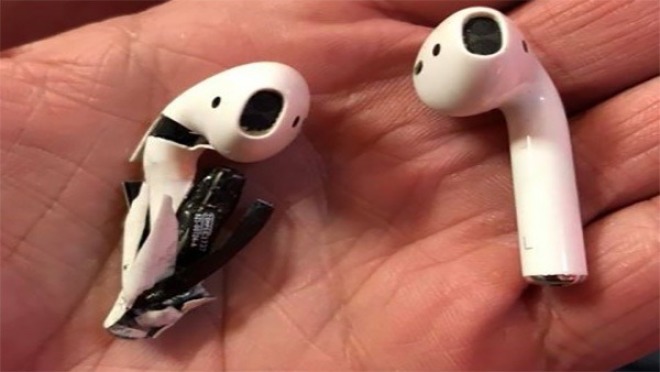 Apple is investigating a case in which the Apple AirPods are said to have suffered a serious defect that caused the wireless headphones to explode. The company announces that it will now investigate exactly how the incident happened.

The Apple AirPods have been celebrating great success ever since their launch, and have dominated the wireless headset market in the US for quite some time. In addition to much positive criticism, the company now has to follow up on a report that describes an incident in which the cordless headphones had a serious defect.

Also Read: Apple Airpod 2 Is In The Final Stages Of Design

The person affected is Jason Colon from Florida, according to MacRumors. On the local television station WFLA, he describes how he used to listen to music with his AirPods while training in the local fitness center. He noticed how one of the airPods brought up white smoke, which of course was immediately removed and stored on the fitness machine for help. After alerting employees to his problem, he found an obviously exploded earplug on his return.

Also Read: Startups That Breathed Their Last In 2017

As the TV station’s report shows, Colon’s AirPods show obvious burn marks, the outer shell is almost completely destroyed. As the person concerned describes, no eyewitness was present at the time of the alleged explosion, so it can currently only be speculated on how the defect could develop so seriously. “I did not see how it happened, but I mean, it was already burned through! You can see the burn marks clearly,” Colon told the reporters.

Also Read: Apple HomePod Will Not Be Launched Any Time Soon

As an Apple spokesman tells Apple, the company is currently investigating the incident and will also get in touch with Colon to determine the exact course. Of course, Apple sees itself exposed to increased market attention due to its market position and in the case of the AirPods, it is in its own interest to quickly clarify the circumstances – even if only this individual report is currently available. It is certainly interesting to see what the company is investigating as the cause of the destruction of the AirPods.