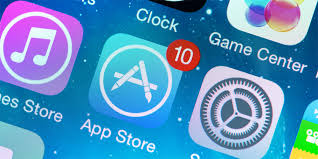 Apple’s WWDC2017 conference was held today. In accordance with the practice of previous years, Apple will launch iOS 11 system in the General Assembly. As per Apple’s earlier plan, starting from iOS 11 32-Bit App will be completely eliminated.

It is reported that App Store has stopped providing 32-bit app search results. This means that iOS is likely to stop the next version of the direct support for 32-bit applications, this initiative will allow developers to update the original application. As early as possible, iOS 11 will stop support for 32-bit apps. In iOS 10.3, when a user opens a 32-bit application, the system will provide a notification to remind the user that the program must be updated by the developer, otherwise, it may not compatible with later versions of iOS. Apple has been in the process of phasing out 32-bit apps to ensure that users and developers are not affected. The press has been informed before Apple deletes nearly 50,000 applications. The developers who have developed 23-bit app apps or games will be affected by this move. Removing 32-bit apps from App Store search result is just like removing the apps. People just wouldn’t be able to find those apps anymore.

There are many potential advantages to moving all applications to 64-bit technology. There wouldn;t be much of a difference as far as performance is concerned unless an application can take advantage of the 64-bit math. Latest iOS devices don’t have a RAM of more than 4GB, so you wouldn’t require support for extra memory. Apps will not need so much space on your phones anymore. The hardware will get rid of unnecessary 32-bit components to make 64-bit components more powerful.

According to the latest updates, 32-bit apps are still searchable on the Apple App Store. The 32-bit apps disappeared from the App Store for around12-24 hours. Who knows whether that was a mistake by Apple or a test.

Is there any 32-bit app that you are fond of? Share with us in the comments below!

Also Read:Apple In Hot Waters In China Over Disapproval Of In-App Tipping