Android P Will Have A Dark Mode

Home » Blog » Android P Will Have A Dark Mode 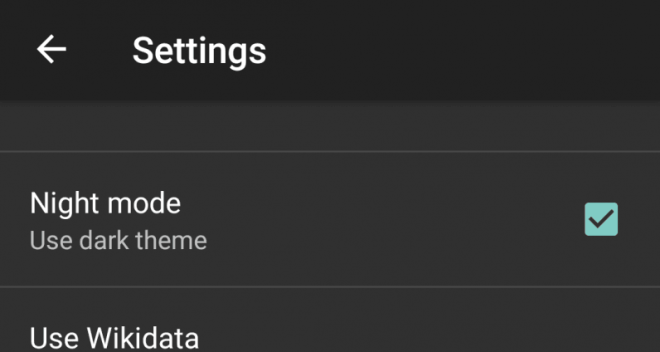 Gentle on the eyes and the battery: A dark mode, a mode in which the surface is kept dark, can bring many benefits.Three years ago, the developers of Android had promised to integrate such a function for the first time but postponed it again and again.With Android 9.0 P, it could finally be done.

The so-called Dark Mode is a very popular feature for many users. The developers of Android have been working for years to integrate such a mode in the mobile operating system, in a release version, but this was never achieved. But now there are signs that the Dark Mode could finally land with the next major Android update to version 9.0.
Also Read: First Android Go Phone to be unveiled at the MWC2018

The new Dark Mode hinted in Android 9.0 P have surfaced in Google Issue Tracker, where Google collects bugs and feature requests during product development. Here, a user had in November 2017 again submitted the proposal to find out more about the development of the next version of Android. “The Dark Mode can considerably improve the running time of Android devices on OLED displays,” says the user. He asked Google to provide this as an option to stop relying on installing third-party solutions.

After a Google employee had already confirmed in November that the problem would be forwarded to the development team, the corresponding thread was today surprisingly marked as “solved”. “This feature was added by our development team,” the developers said shortly. “It will be available in a future Android release.”

Also Read: Samsung Continues With The Distribution Of Android 8.0 After A Setback

If you take a closer look at the development history of the Dark Mode for Android, it remains to be seen whether the developers actually mean the next Android update with “future Android release”. With Android 6.0 Marshmallow they had tried initial adjustments, but it could not be activated because of problems. In Version 7.0 Nougat Dark Mode even made it to the Dev Preview, but could not be found in the release. Finally, on Android 8.0, Google only talked about planning such a feature.