Alphabet Ranks Third In The List Of Most Trusted Companies 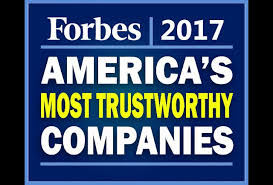 Recently, “Forbes” magazine released the list of the most trusted companies. A number of tech companies made it to the list. Google parent company Alphabet ranked the highest in the category of tech companies and ranked third place in this list. Apple ranked seventh in the list.

Also Read: Jia Yueting steps down as a CEO of Leshi

In May this year, “Forbes” magazine released the 2017 annual list of globally strong companies in which Apple topped the list of technology companies, and Samsung followed. In the overall ranking, Apple ranked ninth, while Samsung is among the top 20.