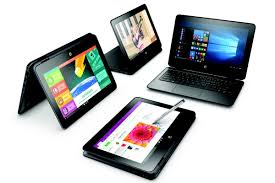 Computer makers have guessed that education sector can be a very profitable market. After Chrome, Apple, And Microsoft, Acer and Hp have jumped the bandwagon. Acer and Hp have unveiled their Windows 10 S laptops. They cost $299.

With the recent launch of Windows 10 S Surface laptop, Microsoft is gearing for competition with Chromebooks in the education market. Its latest version of the flagship operating system is stripped down, which limits users to running applications from the Windows Store only to keep the computer secure from malware. 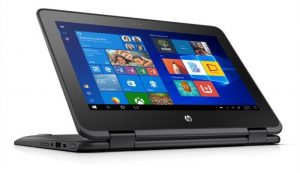 Microsoft is also aiming to make cheaper computers install its Windows to give competition to Google’s Chrome OS. Microsoft launched a new Surface laptop which is pretty expensive at $999. We are not sure who will pay that price for a limited, secure notebook. Most potential users will be turned down by the fact that the only place where you can download apps is the Windows store. 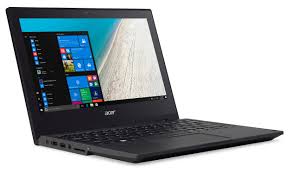 Acer and HP have jumped in to bridge the gap with   Windows 10 S portables which suit school budgets more. Acer’s TravelMate Spin B1 Convertible and HP’s ProBook x360 Education Edition both  (which are already available as Chromebooks) have a hinged display that gives you multiple viewing angles and a rugged design to handle rough use like spills and drops from younger users. Both of them have a starting price of $299. The pricing is similar because of almost equivalent specs. Both of them have an 11.6-inch screen,  4GB of RAM, Intel Celeron processor, and 64GB of built-in storage. The TravelMate has an edge with the display as it has a higher resolution (1,920×1,080 vs the ProBook’s 1,366×768) and also has touchscreen capabilities like a standard feature. Both the laptops have rubber frames to handle minor drops. They also have a spill-resistant keyboard to prevent liquid damage from spilled drinks. While Acer and HP are the first ones to use Windows S, Microsoft reported that Asus, Dell, and some other manufacturers will also be producing Windows 10 S devices in the not so distant future. These will also include devices starting at prices as low as $189 and also premium devices, though we are not sure who that will be marketed to.

Acer and Hp have taken a more realistic stance towards education laptops by having an appropriate price, unlike Microsoft that has a high price tag for its laptops. Let’s see who will capture the education market.